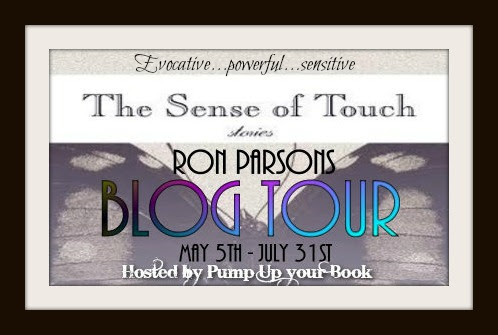 Pump Up Your Book is pleased to bring you Ron Parsons’ The Sense of Touch virtual book tour May 5 – July 31! 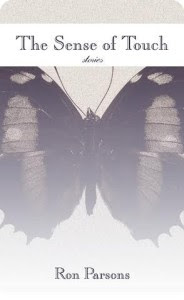 
Old friends uncomfortably reunited and lovers who cling to their distance from one another; disappearing fathers, fiercely loving grandfathers, and strangers who pass through and radically change lives…These are among the characters who populate the rugged Midwestern landscapes of the mesmerizing fiction world of Ron Parsons. In his debut collection, THE SENSE OF TOUCH (Aqueous Books; May 1, 2013), Parsons captures people of various ages in the act of searching for meaning and connection and themselves. Firmly set in South Dakota, Minnesota, and Michigan, the lush but often brutally cold heartland of America, the eight stories explore universal themes–loneliness, betrayal, transformation, hope–in fresh, sometimes fanciful, sometimes comical, sometimes jarring, and always moving and memorable ways.

In THE SENSE OF TOUCH, readers will meet:
* Naseem Sayem, the brilliant, troubled, and mystifying young man at the center of “Hezekiah Number Three.” A native of Bangladesh abruptly transplanted to the stark white suburbs of Rapid City at age nine, Naseem never fit in and eventually moved on to study physics at MIT–where, shortly before graduation and after shocking news of his father’s infidelity and abandonment, he apparently unraveled and vanished. Three months later, he reappeared out of the blue on his stepmom’s doorstep, holding a three-legged cat. Naseem’s long search for belonging reaches its apex in a hot air balloon floating over the Crazy Horse Monument.
* Waylon Baker, wheat farmer from birth, and Evie Lund, his wife of twenty-four years and counting, even though she had chosen to live far away–in the alien world of the Twin Cities–for eight years. The odd couple at the heart of “Beginning with Minneapolis,” Waylon and Evie can’t bear to live together or to divorce because they still love each other with a passion, reignited when they find themselves deep in the dirt, in a hole Waylon dug in his wheat field to serve as Evie’s grave.
* The nameless narrator of “The Sense of Touch,” a serious, young freshman at the University of Minnesota, fleeing yet still attached to his youth in Texas, haunted both by its predatory demons and its romantic dreams. His liberation comes through an alluring muse: his fiction-writing teacher. A ravishing, wild-haired, Memphis-born African-American graduate student, Vonda speaks directly to him when she makes her dramatic pronouncements. Like, “Our masks are not worn, people. They’re grown, day by day.” And “Never trust anything, not until you can touch it. With touch, you know you know.”
The old friends in “The Black Hills,” long separated by distance and tragedy, who unexpectedly compete for the affections of a lovely, vulnerable, and married Lakota woman…the young woman who, in the midst of a Halloween blizzard, stumbles into saving an elderly piano teacher’s life and faces hard facts about her own snow-bound relationships and emotions in “As Her Heart Is Navigated”…the exceptional grandfather in “Big Blue” and the playboy reformed by someone else’s grandson in “Moonlight Bowling”…and the professor of dead languages facing the mysteries of mortality in “Be Not Afraid of the Universe”… Through Ron Parsons, they all come to life, vividly and with emotional resonance, and work their way into the minds and hearts of readers.


Book Excerpt:
They were relaxing at the top of a waterfall, in a small, still pool where the mountain waters hit an upward slope of folded granite. It was sort of a rounded bathtub, carved out of the rock throughout the centuries by the rushing river, a river so hidden that it was without a name. Just below were the falls, about a 30-foot drop into another, much larger pool of clearest water that was gathered for a respite, a compromise in the river’s relentless schedule downward, between split-level decks of flat rock. Further on, the river reanimated and released into a sharp ravine, pulling westward, down through the rugged mountains and faceless forest–the Black Hills National Forest–gaining force until it joined with the rush of the Castle River, near the old Custer Trail, and was swallowed into the Deerfield Reservoir to collect and prepare for the touch of man. 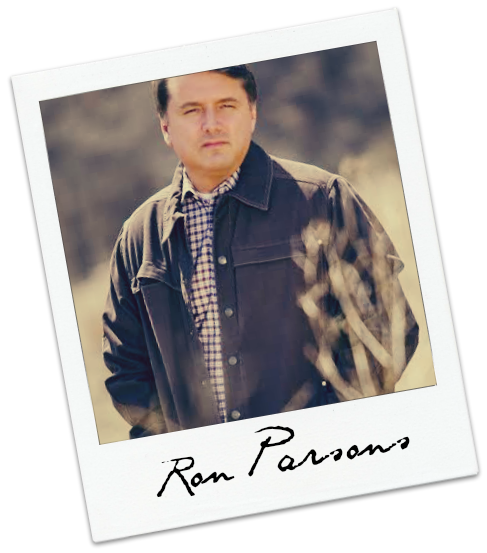 RON PARSONS is a writer living in Sioux Falls. Born in Michigan and raised in South Dakota, he was inspired to begin writing fiction in Minneapolis while attending the University of Minnesota. His short stories have appeared in many literary magazines and venues, including The Gettysburg Review, Indiana Review, Storyville App, The Briar Cliff Review, Flyway, and The Onion. His debut collection of stories, THE SENSE OF TOUCH, was released by Aqueous Books in 2013