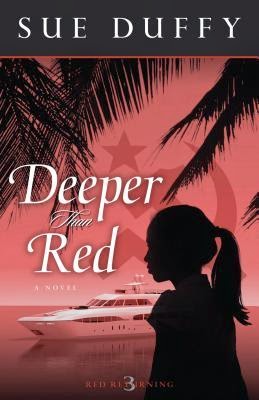 Twenty-year-old Tally Greyson isn't consumed with her own education, social life, or career goals like most young women her age. Instead, she's trying to save her mother from the grasp of a seductive cult. What Tally doesn't realize is that in this community, there's a far greater danger than any she can imagine--and she and her mother aren't the only ones in its sights. There are plots brewing here that will threaten the fate of the world.

Concert pianist Liesl Bower has put her own dangerous past behind her, and in her Charleston family home, surrounded by those who love her, she's preparing for a world concert tour with her dear friend, violinist Max Morozov. She thinks she's safe; the man who tried to kill her is dead, his coconspirators have been rounded up, and no one knows she had anything to do with saving the world from a new revolution.

That is, until a world leader is assassinated on the other side of the globe, setting events into motion that could kill the U.S. president, destroy Washington--and take everything and everyone Liesl loves with it. A madman is at the controls now. Even with the backup of the CIA and the dubious protection of a former KGB agent, this time they may all be too late. The heart-pounding final book in the Red Returning trilogy, Deeper Than Red goes further into the world of espionage and action than ever before, delving into the very worst powers of darkness, and pitting them against the light of faith, love, and forgiveness. 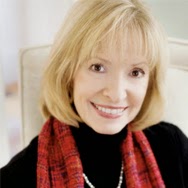 After graduating from the University of Florida with a degree in journalism, Sue Duffy worked as an advertising copywriter for major agencies in Atlanta and Miami for  twelve years. Later, she was a senior writer at Columbia Business Monthly in Columbia, South Carolina, for nine years; and editor of Lake Murray Columbia, the lifestyle magazine of South Carolina's largest newspaper, The State, for eight years. She also is former editor of Reach Out, Columbia, a monthly Christian magazine.

Sue is the author of three published books: Mortals Wounds, Fatal Loyalty, and The Sound of Red Returning (Book 1 in the Red Returning Trilogy). Her fourth novel, Red Dawn Rising, releases in Spring 2013, and the fifth in 2014. She has contributed articles to such Christian publications as Christian Fiction Online Magazine, Moody magazine,  The Presbyterian Journal, Sunday Digest, The Christian Reader, and The PCA Messenger. Her work is also featured in  Stories for a Woman's Heart (Multnomah).


Deeper Than Red is the third and final book in this riveting, and page turning series. How we take our every day life for granted, and when reading these books it becomes a real eye opener of the possibilities that have a true ring to them.
We all know that evil walks here, Satan is always ready to grab you, and this place in the FL Keys is fictional, but oh how I believe it is somewhere! We are told that he is after us, and yet do we think so, No, but we put names and faces to him in this book.
After three books where we hold on to the book tightly, hoping that nothing will happen to Liesl and her talented friend Max, we are experiencing it again. Also the President, Nolan, and such hate his half brother has for him, and we learn that not everything was rosy for Nolan.
Power is all-important here in the quest for world domination, and innocent people have no value, so very sad. Once this final book is picked up, you cannot stop turning the pages to see who is going to win, and survive. I wish there were more, and don’t fret if you haven’t read the first two books, this one allows you to get caught up in all the action, but do yourself a favor and enjoy the first two, you won’t be disappointed!

I received this book through Kregel Publications, and was not required to give a positive review.