Huckleberry Summer (The Matchmakers of Huckleberry Hill #2) by Jennifer Beckstrand 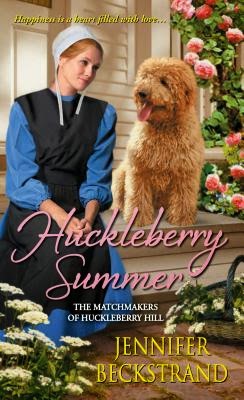 LIBBY EICHER is the most obedient child a parent could ask for. She idolizes her father and wouldn’t think of doing anything to disappoint him. Even during her rumspringe, she didn’t step one toe outside of the Ordnung, the set of strict rules for Amish living. Why would she want to do anything remotely unconventional and risk getting into trouble? She is perfectly content living in her safe little world in her tranquil Amish community, never needing to muster courage that she doesn’t have. The Helmuths hire her to work for them on Huckleberry Hill, but not only is spending time with Aden Helmuth dangerous, it’s unsanitary. Their handsome grandson has a dog the size of a bear, determined to share all his dog germs with her. Will Susannah risk everything to realize her heart’s desire, or will fear override her chance for love?

ADEN HELMUTH has a hard time following anyone’s rules but his own, which makes growing up Amish a bit of a challenge. By the time he reaches his twenties he has gotten in trouble with the law and his community more times than he care to count. After his life is spared by a miraculous event, his parents send him to Huckleberry Hill, hoping he will seek a life of devotion to God. He sees an opportunity to escape a community hostile to his presence and find some purpose to his life. Even though Libby Eicher hates his dog, she’s kind of cute in her efforts to be so well behaved. Will his past return to haunt him and destroy any hope he has for happiness, or will Libby Eicher take a chance on an uncommon and exceptional young man?
About The Author 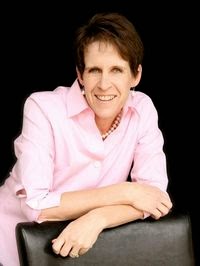 I grew up with a steady diet of William Shakespeare and Jane Austen. After all that literary immersion, I naturally decided to get a degree in mathematics, which came in handy when one of my six children needed help with homework. After my fourth daughter was born, I started writing. By juggling diaper changes, soccer games, music lessons, laundry, and two more children, I finished my first manuscript—a Western—in just under fourteen years. I now write Inspirational Amish Romance. My goal is to write uplifting, inspiring stories with happy endings and hopeful messages. If my books make readers want to give themselves a big hug or jump up and down for joy, I’ve done my job. I am a member of Romance Writers of America and American Christian Fiction Writers and am represented by Mary Sue Seymour of The Seymour Agency.

There are three Amish romances in the Forever After in Apple Lake Series (Summerside/Guideposts). Kate’s Song, Rebecca’s Rose, and Miriam's Quilt are all now available. Kate’s Song was the #1 Romantic Religious Fiction download in the Free Kindle Store in August of 2012, and Rebecca's Rose and Miriam's Quilt both spent time in the top 50 Religious Fiction books on Amazon.com.

I have six Amish Romances in the works with Kensington Books. The first book, Huckleberry Hill, will be released on January 7, 2014. Huckleberry Hill is set in Wisconsin on a little hill in Amish country.

The series, The Matchmakers of Huckleberry Hill, is about an elderly Amish couple who try to find suitable mates for their grandchildren. What could be more fun than throwing two young people together to see if sparks ignite? No one would ever suspect two octogenarian Amish folks of mischief.

Romantic Times gave Huckleberry Hill 4 1/2 stars, calling it "A sweet romance with a lot of heart that offers a new, refreshing take on the...matchmaking trope. The storyline is feasible, the characters are well written, with both their strengths and weaknesses on display. Readers will treasure this series and put the first outing on their keeper shelf."

I have four daughters, two sons, three sons-in-law, and two adorable grandsons. I live in the foothills of the Wasatch Front with my husband and one son still left at home.

My Review:
Anna and Felty are at it again, in their delightful way of playing matchmaker for their Grandchildren. Anna especially seems gifted in doing so with one success story already under her crisp white apron!
I love this Amish community and am thrilled to be back in their homes, and around their farms. This time Arden from Sugarcreek, the Grandson, is now staying with and helping his Grandparents. When you hear that Arden has been arrested at least three times, and probably should have been more, you will wonder what kind of an Amish boy he is? Now gossip can be deceiving, and Arden has the local Amish Grapevine working overtime. What it all comes down to is his love of all living things, including trees, which accounts for one of his arrests.
Enter Lily Eichner who has been hired by Anna, she is at it again, to help her, and puts her right in front of Arden every day. There is a big problem to their relationship, that grapevine has reached Lily’s Dad, and he wants no part of Arden, and actually has already picked out a husband for her, the Bishop’s son, Tyler Yoder. Now you want to dislike Tyler, but he is so loveable, I couldn’t, the guy is so nice to everyone.
There is another loveable character in this story, Pilot, a humongous dog, and a big kisser with his wet tongue. He also likes to charge head on into people. Love how Lily gets his name mixed up, and how this dog saves the day, even if she has to use more hand sanitizer.
Your in for a delightful, and wonderful time reading this story, and have to wonder how it is all going to turn out. Lily never disobeys her father. Will she get the courage to follow her heart? I for one can’t wait for the next book!!

I received this book from the Publisher Kensington and Net Galley, and was not required to give a positive review.
at June 03, 2014