The Last of the Seven: A Novel of World War II by Steven Hartov 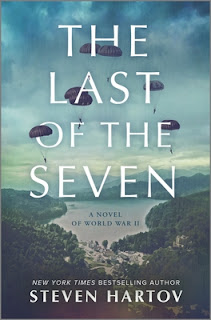 The Last of the Seven

A spellbinding novel of World War II based on the little-known history of the X Troop—a team of European Jews who escaped the Continent only to join the British Army and return home to exact their revenge on Hitler’s military.

A lone soldier wearing a German uniform stumbles into a British military camp in the North African desert with an incredible story to tell. He is the only survivor of an undercover operation meant to infiltrate a Nazi base, trading on the soldiers’ perfect fluency in German. However, this man is not British-born but instead a German Jew seeking revenge for the deaths of his family back home in Berlin.

As the Allies advance into Europe, the young lieutenant is brought to recover in Sicily. There he is recruited by a British major to join the newly formed X Troop, a commando unit composed of German and Austrian Jews training for a top secret mission at a nearby camp in the Sicilian hills. They are all “lost boys,” driven not by patriotism but by vengeance. 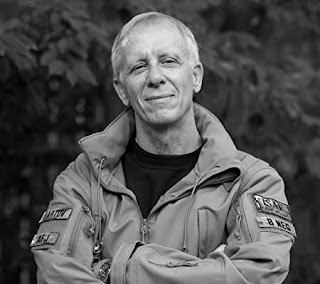 Steven Hartov is the coauthor of the New York Times bestseller In the Company of Heroes, as well as The Night Stalkers and Afghanistan on the Bounce. For six years he served as Editor-in-Chief of Special Operations Report. He has appeared on CNN, MSNBC, CNBC, FOX, and most recently the History Channel's Secret Armies. A former Merchant Marine sailor, Israeli Defense Forces paratrooper and special operator, he is currently a Task Force Commander in the New York Guard. He lives in New Jersey.

Survival, yes, you will wonder if these men will survive, and especially Froelich, I don’t know how he went on! Although, this is fictional story, it is based on truth.
A horrible time on World History, and we walk through blazing desserts, and paratroop out of airplanes, all with the desire to stop the madness.
Hate for a religion, a group of people, but this band of men give their all, a story filled with perseverance, throw in a bit of humor, and a little romance.
This journey became a page-turner as we look for answers and survival, and we walk with them! A story that we need to read and not forget!
I received this book through Net Galley and the Publisher Harlequin Trade Publishing, and was not required to give a positive review.