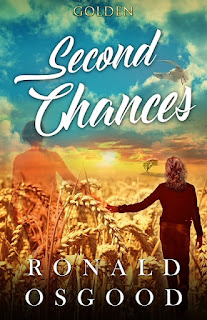 Abigail never knew her mother, so her father is her world. Though she’s missed having a woman’s influence, she wants to grow up and be like her father–a veterinarian.

But then one summer it all changed.

It’s not what happens to you that counts, but how you deal with it. And Fred, as her dad calls her, deals with a lot.

Taking what her father and new faith has taught her, she uses her gifts of compassion and empathy to help a young girl in a desperate situation.  But this time, it could cost her more than compassionate tears over an injured animal. It could cost her…her life!

When I got off the school bus and saw the sheriff’s truck and two more with lights flashing, I knew something was wrong. As I walked up our driveway, I was relieved to see Daddy standing by the barn talking to the sheriff as the jailer and two deputies were herding up the inmates to go back to the jail. When I approached the men to ask what had happened, Daddy pointed to the house, “Fred, wait inside.”

“Yes, sir,” I replied as I walked toward the house. Stepping onto the front porch, I heard a car fast approaching. I turned and saw Aunt Sherri pulling in our driveway followed by a cloud of dust.

Her car rocked as she shoved the transmission into park then got out in a flash.

“Ben, I told you this wasn’t going to work! Where’s Abigail?” Slamming the door on her Oldsmobile, she darted toward him.

“Relax Sherri, she’s fine. She’s in the house,” Daddy said as he held up his hands.

I moved to the edge of the porch to get a better look.

“Don’t try and play this off like it’s no big deal! And don’t tell me to relax! I saw Jackie, the school secretary at the farmers’ market yesterday, and she told me Abigail’s missed thirteen days of school this year!”

Ronald Osgood was born in St. Peterburg, FL. At age five he moved with his family to Tennessee. He joined the Marines and married his high school sweetheart. After serving his country and receiving an honorable discharge, he and his wife returned home to start a family. Then Jesus called him, and he responded. He is a simple man with a simple plan. He serves his Lord, loves his wife and kids, and writes stories concerning issues he’s passionate about. The Bible is a fascinating book of the human spirit. It guides him along his journey in life. It is the basis for this book and has inspired him to achieve what he once thought was unachievable. His hope for his sons, Augustus and Abrahm, is that they will grow to be fathers to their children that he never had
at August 22, 2022