FBI special agent Julianna James is a top-notch negotiator who has never lost a hostage. Surely she can manage to take care of her much younger sister, Dottie, who showed up unannounced to live with Julianna while she finished her senior year of high school.

A former sniper with the 75th Ranger Regiment, Clay Snyder left the army after a tragic incident that he can't get past. Now he's working as a high school resource officer until he can figure out what to do with the rest of his life.

Their paths cross when Julianna is called in to negotiate a courtroom hostage situation involving Clay's sister. Impressed and a bit intimidated by the calm, capable woman with the dark hair and blue eyes, Clay invites her to speak at his school. Dottie's school.

But as the anniversary of a school shooting from Julianna's past approaches, it becomes clear that her perfect record is about to be tested and that Dottie is at risk. If Julianna and Clay can't figure out who's behind the attacks, more innocent people will die--and Julianna just might be one of them.

This intense story of revenge and redemption from bestselling author and master of suspense Lynette Eason will have you up all night as you race toward the explosive finish. 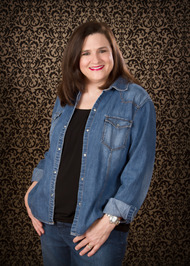 Award-winning, best-selling author, Lynette Eason writes for Harlequin's Love Inspired Suspense line and for Revell, a division of Baker Publishing Group. Her books have hit the Publisher's Weekly, CBA and ECPA bestseller lists and have won numerous awards such as the prestigious Carol Award, the Selah, the Daphne, the IRCC award and more. Lynette is married, has two children, and lives in Greenville, SC.

A read that kept on giving, just when you think all is cleared up, more dangers arrives on the scene. This is the second book in this series, and there are cameo appearances, but this can be read alone!

This is Julianna Jamison's turn, she is a terrific FBI Negotiator, but she does have her demons, and we are there as they raise their ugly heads!

You will begin to wonder if anyone is ever going to be safe! There seems to be action around every corner, and as all this action unfolds, you wonder how it is all connected!

There is a non-stop action, but shows a deep love of family, and we are even offered a bit of sweet romance, and a deep faith in God!

A read you don't want to miss!

I received this book through the Publisher Revell, and was not required to give a positive review.
at August 02, 2022