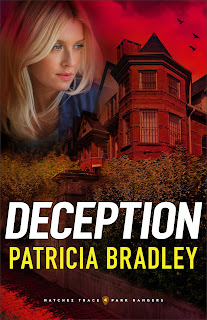 After being forced to kill an FBI agent gone rogue in self-defense while working in the violent crimes unit for the Investigative Services Branch, ranger Madison Thorn is comfortable with her move to the fraud and cyber division. At least numbers don't lie. So she's less than thrilled when a white-collar crime investigation in Natchez, Mississippi, turns violent. She could also do without being forced to work with former-childhood-enemy-turned-infuriatingly-handsome park ranger Clayton Bradshaw.

When a woman who looks just like Madison is attacked on the same night Madison's grandfather is shot, it becomes clear that there is something much bigger going on here and that Madison herself is in danger. Madison and Clayton will have to work together--and suppress their growing feelings for one another--if they are to discover the truth before it's too late. 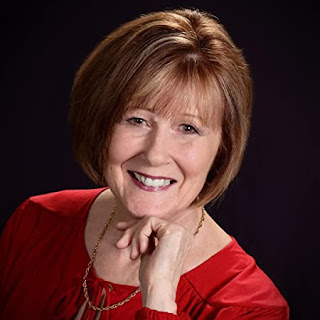 USA Today best-selling author, Patricia Bradley is the recipient numerous awards, including an Inspirational Readers’ Choice Award in suspense, a Selah winner, was a Carol and a Daphne du Maurier finalist. Her romantic suspense novels include the Logan Point series, the Memphis Cold Case Novels, and the Natchez Trace Park Rangers. She is now hard at work on the second book in her new Pearl River series set in the Cumberland Plateau area above Chattanooga. The first book in the series, Counter Attack will release in mid-2023.

She and her two cats call Northeast Mississippi home--the South is also where she sets most of her books, and when she has time, she likes to throw mud on a wheel and see what happens.

The title of this read resonates throughout, and from page one on it became a page turner. Starting with the ultimate betrayal, and then more!

This read is Christian Suspense at its best, you will soon be ducking bullets, and wondering whom the culprit is, and don't get to comfortable and think things are solved, nope!

We are offered some family reunions, some farewells, along with some sweet romance. We also learn again the gift of forgiveness, both to others and yourself!

I loved this read, and now can't wait for the next in this series, and yes there is a teaser!

I received this book through Net Galley and the Publisher Revell, and was not required to give a positive review.
at August 02, 2022