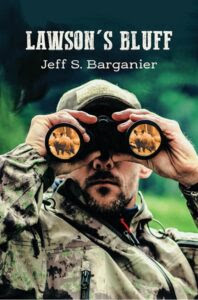 Terrorists attempt a multi-million-dollar art heist while America’s media distracts the world with stories of Alabama hunters slaughtering hogs with dogs and knives. As fearless Jack Lawson is about to catch his thousandth boar, journalist Carla Frederick arrives to cover the hunt for the LA World News. Shocked by the uncivilized Alabamians with their bulldogs and razor-sharp knives, Frederick writes a grotesque, biased story about Jack that goes viral. Belatedly, she discovers the deeper story—deeper and darker than she could have ever known. Barganier has written an unlikely love story wrapped in twisting suspense. 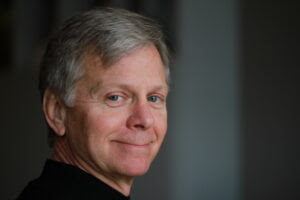 A former securities broker turned writer/designer, Barganier travels far and wide upon the slightest excuse for something interesting to write about. He’s published four books and his articles on a wide variety of subjects have appeared in newspapers, magazines and on blogs. He’s travel editor for BOOM! Magazine.

I didn’t “come up” with the idea for Lawson’s Bluff. The idea found me after I published a piece about a hunter in Georgia who hunts wild boars with dogs and a knife. Like character Jack Lawson, he never carries a gun, preferring, instead, to tackle the hog and slay it the old-fashioned way. So, as with previous novels, I didn’t write this one either. The story wrote me. I had no clue where the story was going until informed … by the story. This approach is what makes life interesting, I think. And what makes novels interesting, too—twisting action and romance in unpredictable settings.

For Him and My Family, August 17

Because I said so — and other adventures in Parenting, August 21

To celebrate his tour, Jeff is giving away the grand prize package of a $100 Amazon gift card and a copy of the book!!