The Girl Who Escaped from Auschwitz by Ellie Midwood 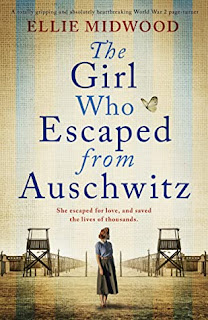 Millions of people walked through Auschwitz’s gates, but she was the first woman who escaped. This powerful novel tells the inspiring true story of Mala Zimetbaum, whose heroism will never be forgotten, and whose fate altered the course of history…

Mala, inmate 19880, understood that the moment she stepped off the cattle train into the depths of hell. As an interpreter for the SS, she uses her position to save as many lives as she can, smuggling scraps of bread to those desperate with hunger.

Edward, inmate 531, is a camp veteran and a political prisoner. Though he looks like everyone else, with a shaved head and striped uniform, he’s a fighter in the underground Resistance. And he has an escape plan.

They are locked up for no other sin than simply existing. But when they meet, the dark shadow of Auschwitz is lit by a glimmer of hope. Edward makes Mala believe in the impossible. That despite being surrounded by electric wire, machine guns topping endless watchtowers and searchlights roaming the ground, they will leave this death camp.

A promise is made––they will escape together or they will die together. What follows is one of the greatest love stories in history 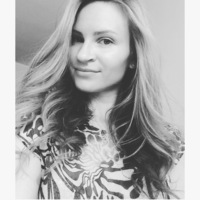 llie Midwood is a USA Today bestselling and award-winning historical fiction author. She owes her interest in the history of the Second World War to her grandfather, Junior Sergeant in the 2nd Guards Tank Army of the First Belorussian Front, who began telling her about his experiences on the frontline when she was a young girl. Growing up, her interest in history only deepened and transformed from reading about the war to writing about it. After obtaining her BA in Linguistics, Ellie decided to make writing her full-time career and began working on her first full-length historical novel, "The Girl from Berlin." Ellie is continuously enriching her library with new research material and feeds her passion for WWII and Holocaust history by collecting rare memorabilia and documents.

In her free time, Ellie is a health-obsessed yoga enthusiast, neat freak, adventurer, Nazi Germany history expert, polyglot, philosopher, a proud Jew, and a doggie mama. Ellie lives in New York with her fiancé and their Chihuahua named Shark Bait.

Once I began this book, I could not put it down, and the pages flew. Unfortunately, this is based on truth, and I kept thinking, how could they get away with what they did. Why did the world allow it? Then I remembered the part where they put on the show for the Red Cross. What a blight on history, I don’t know how the perpetrators lived with themselves?
This book also follows a young woman and a young man, they have big hearts under horrendous conditions, and with their selflessness end up saving lives. I found myself walking in the shoes of these people condemned to Hades in the form of Auschwitz-Birkenau and witnessing the atrocious happenings.
This is my first book by Ellie Midwood, and it won’t be my last, be sure to read the author’s notes at the end!
I received this book through Net Galley and the Publisher Bookouture, and was not required to give a positive review