Animals by Will Staples 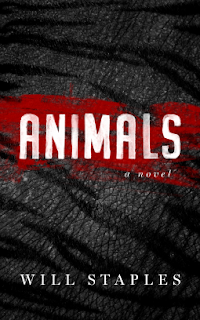 The debut novel from acclaimed Hollywood screenwriter Will Staples.

﻿When rhino poachers kill two of his fellow rangers in Kruger Park, South African Defense Force veteran Cobus Venter reaches his breaking point. Quitting his job, he embarks on a vigilante mission to take down the animal-trafficking syndicate from the inside. Meanwhile, in Florida, insurance investigator Randall Knight is called to a private roadside zoo, where a new tiger cub of suspect lineage brought a virus that wiped out all the zoo’s tigers. The disease is just one species jump away from erupting into a deadly global human pandemic. What starts as a simple insurance claim leads Knight to discover a shocking new evolution in the business of illicit animal trafficking. Both men’s journeys take them from the darkest corners of Southeast Asia to the VIP gambling rooms of Macau, where they must stay alive long enough to stop a vicious international triad from ending wildlife as we know it.

Animals is set in the world of global animal trafficking and follows converging story lines into a dark maze of corruption and organized crime, and through the journeys of the main characters, the novel explores the factors driving the exploitation and ruin of the natural world.

Though the story is fiction, the characters, locations, and plot points are almost entirely rooted in fact. They are the product of hundreds of conversations with everyone from Jane Goodall to the CIA, to Damien Mander (an ex-mercenary turned animal activist). To experience the issue firsthand, Will Staples took a month-long research trip spanning three continents and seven countries. The journey was a profoundly transformative, life-altering experience.

The author’s goal with this novel is to expose this issue to as many people as possible. To that end, all his income from this book will be donated to nonprofit organizations dedicated to protecting wildlife. 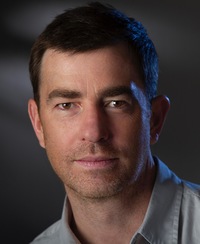 Will Staples writes books, as well as scripts for movies, TV, and videogames. His work includes the MISSION: IMPOSSIBLE franchise, the upcoming movie WITHOUT REMORSE, the JACK RYAN and SHOOTER television series, and adapting Tom Wolfe's book THE RIGHT STUFF as a TV series for Disney+. In 2011, Will wrote the videogame CALL OF DUTY: MODERN WARFARE 3--at the time, the largest entertainment release in history.

A story that had me in tears, so much brutality and waste of life, so senseless. The more you know about what is happening the more you want to do something, it is such a helpless feeling.
Poor people who kill animals to feed their family, and why do the animals have to die, for their horns, feet, disgusting and so the men in charge get richer.
When you think of the horns of a rhinoceros is really like toenails, and people believe they cure cancer? I know different cultures have different beliefs, but this is bad.
I am so glad that the author is bringing awareness with this book, and he is donating the proceeds to help fight and bringing this issue to the forefront.
This is a fictional read, that is filled with facts, with the hope of bringing awareness!
I received this book through Net Galley and Blackstone Publishing, and was not required to give a positive review.
at March 30, 2021