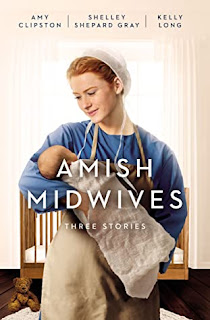 Bundles of Blessing by Amy Clipston

Lost in grief after the death of her husband, Kristina Byler gave up remarrying and found comfort and purpose in becoming a midwife. She is surprised when Aidan Smoker—her ex-boyfriend and the man she was sure she’d one day marry—moves back to the community after living in Ohio for the past eight years. They’re both certain there’s too much pain in their shared past for them to have a future, but they keep finding themselves drawn together. As Kristina helps other women bring children into the world, she starts to wonder if a family of her own might be possible after all.

A Midwife for Susie by Shelley Shepard Gray

Haunted by secret guilt after a tragic accident, Joanna Zimmerman is sure she’s left midwifery behind her. She keeps to herself, certain this is for the best. Her childhood friend Dwight Eicher knows that Joanna hasn’t been herself lately, but every time he’s tried to talk to her about what’s wrong, she’s avoided his questions. When his sister, Susie, becomes pregnant, Joanna must decide if she can find the courage to return to the job she once felt so called to. Meanwhile, both Dwight and Joanna face romantic feelings that have the potential to change their friendship forever.

Christmas Cradles by Kelly Long (Also in An Amish Christmas)

When Anna Stolis takes over for her aunt, the local midwife, Christmas night heats up with multiple deliveries, three strangers' quilts, and unexpected help from the handsome and brooding Asa Lapp. 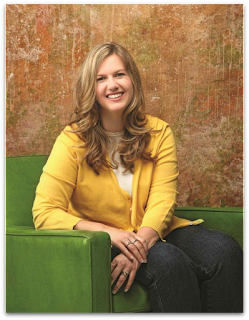 Amy Clipston has been writing for as long as she can remember. Her fiction writing “career” began in elementary school when she and a close friend wrote and shared silly stories. She has a degree in communications from Virginia Wesleyan College and is a member of the Authors Guild, American Christian Fiction Writers, and Romance Writers of America. She is the author of the bestselling Kauffman Amish Bakery series and Hearts of the Lancaster Grand Hotel series with HarperCollins Christian Publishing. Amy works full-time for the City of Charlotte, NC, and lives in North Carolina with her husband, two sons, mother, and four spoiled rotten cats. 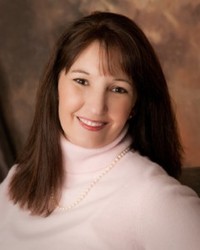 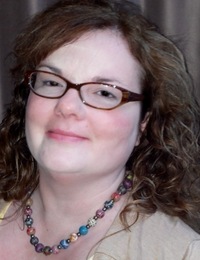 Kelly Long enjoys writing fiction and poetry though she attended university for Liberal Arts and English Teaching. She began writing fiction in 2010 and has been a finalist for the CBA Carol Award and a National Bestseller. She grew up in the foothills of the Appalachian Mountains and loves to create stories that tackle real life issues—such as abuse, alcoholism, and mental illness. She is represented by The Seymour Agency in New York and plans to expand her writing into women’s fiction and children’s picture books. In her free time, she is an advocate for special needs’ children and has two children with autism.  Kelly believes that God is “making all things new.” Her faith has been a guiding force in her writing and she loves to talk with readers!

This journey is given by three different authors, these are novellas and all equally enjoyable. I started the first one, and was quickly absorbed in the story Kristina and Aidan, the story kept me page turning, and before I knew it I was reading Joanne and Dwight's adventure, which led me to Anna and Asa's snowy night.
I enjoyed these reads, and each was different, but they all had midwives delivering new babies, as we delved deeper into their lives.
I really wanted to continue here, but as with all good books they have to end.
I for one will be looking for more by these authors!
I received this book through Edelweiss and the Publisher Zondervan, and was not required to give a positive review
at March 02, 2021