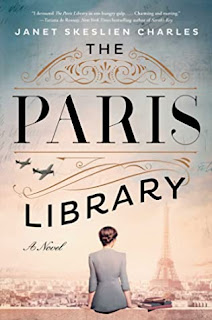 Based on the true World War II story of the heroic librarians at the American Library in Paris, this is an unforgettable story of romance, friendship, family, and the power of literature to bring us together, perfect for fans of The Lilac Girls and The Paris Wife.

Paris, 1939: Young and ambitious Odile Souchet has it all: her handsome police officer beau and a dream job at the American Library in Paris. When the Nazis march into Paris, Odile stands to lose everything she holds dear, including her beloved library. Together with her fellow librarians, Odile joins the Resistance with the best weapons she has: books. But when the war finally ends, instead of freedom, Odile tastes the bitter sting of unspeakable betrayal.

Montana, 1983: Lily is a lonely teenager looking for adventure in small-town Montana. Her interest is piqued by her solitary, elderly neighbor. As Lily uncovers more about her neighbor’s mysterious past, she finds that they share a love of language, the same longings, and the same intense jealousy, never suspecting that a dark secret from the past connects them.

A powerful novel that explores the consequences of our choices and the relationships that make us who we are—family, friends, and favorite authors—The Paris Library shows that extraordinary heroism can sometimes be found in the quietest of places. 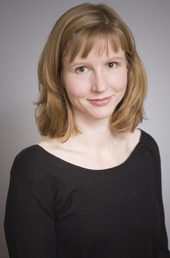 Janet Skeslien Charles divides her time between Paris and Montana. She enjoys reading, traveling, and spending time with family.

The backdrop of her debut novel MOONLIGHT IN ODESSA is the booming business of email-order brides, an industry where love and marriage meet sex and commerce.

Her second novel THE PARIS LIBRARY is based on the true story of the courageous librarians at the American Library in Paris during World War II. Janet learned about the story when she worked at the Library.

As we start this story, France like most countries do not want to go back to war, they are still stinging from WWI, and naive to think they are too strong for Germany to bother.
We follow a young woman as she begins her life journey, and her hearts desire to become a Liberian, and starting at the American Library in Paris. Yes, this book is based on true stories.
Lifelong friendships, and betrayal, love and jealousy, sharing and greed, all forms of human emotions, and all played out in this page turning read.
We put faces to this journey, and sometimes what you think is very wrong, and bombshells drop, most I never saw coming, but you will be walking in these characters shoes!
I am glad I decided to read this one!
I received this book through Net Galley and the Publisher Atria Books, and was not required to give a positive review.