Everywhere to Hide by Siri Mitchell 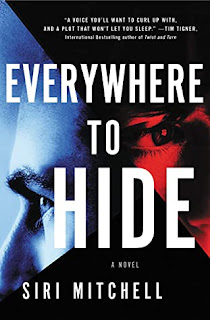 How can she protect herself from an enemy she can’t see?

Law school graduate Whitney Garrison is a survivor. She admirably deals with an abusive boyfriend, her mother’s death, mounting student debt, dwindling job opportunities, and a rare neurological condition that prevents her from recognizing human faces.

But witnessing a murder might be the crisis she can’t overcome.

The killer has every advantage. Though Whitney saw him, she has no idea what he looks like. He knows where she lives and works. He anticipates her every move. Worst of all, he’s hiding in plain sight and believes she has information he needs. Information worth killing for. Again.

As the hunter drives his prey into a net of terror and international intrigue, Whitney’s only ally, Detective Leo Baroni, is taken off the case. Stripped of all semblance of safety, Whitney must suspect everyone and trust no one—and hope to come out alive. 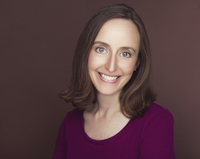 Siri Mitchell graduated from the University of Washington with a business degree and worked in various levels of government. As a military spouse, she has lived all over the world, including Paris and Tokyo. Siri enjoys observing and learning from different cultures. She is fluent in French and loves sushi.

But she is also a member of a strange breed of people called novelists. When they’re listening to a speaker and taking notes, chances are, they’ve just had a great idea for a plot or a dialogue. If they nod in response to a really profound statement, they’re probably thinking, “Yes. Right. That’s exactly what my character needs to hear.” When they edit their manuscripts, they laugh at the funny parts. And cry at the sad parts. Sometimes they even talk to their characters.

Siri wrote 4 books and accumulated 153 rejections before signing with a publisher. In the process, she saw the bottoms of more pints of Ben & Jerry’s than she cares to admit. At various times she has vowed never to write another word again. Ever. She has gone on writing strikes and even stooped to threatening her manuscripts with the shredder.

The author gives us a character with a very rare condition, prosopagnosia, or face blindness, she now has someone who seems to want her dead? Why? The answers are there, but we have non-stop action on our journey.
We have a police detective who shows a lot of caring here, Leo goes out of his way to see to Whitney's safety.
When the answers come there are a lot of surprises, and some I never saw coming, and the reasons are not just plain greed, although, that is there, of course!
We are given a smart ambitious woman, about to finally take her bar exam, but in debt and working a few jobs to just survive.  She is also being stalked, but there you will be kept guessing, even when you think you know.
Don't miss this cleverly written read, it will keep you up late looking for answers.

I received this book through Edelweiss and the Publisher Thomas Nelson, and was not required to give a positive review.
at October 06, 2020