The Pirate Bride (Daughters of the Mayflower #2) by Kathleen Y'Barbo 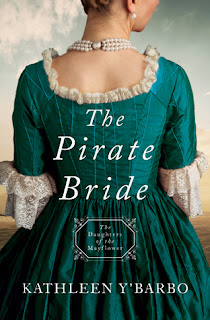 A Former Privateer and a Desperate Heiress Join Forces to Find a Treasure
Jump on board with a brand new series for fans of all things related to history, romance, adventure, faith, and family trees.

One hundred years after her mother's family came to the New World on the Mayflower, Maribel Cordova has landed in New Orleans to seek the man who holds the key to finding her father’s lost treasure. Attorney Jean-Luc Valmot has buried his past life so deep that no living person will ever find it—or so he hopes as he accepts a position on the governor’s staff. But the daughter of an infamous pirate threatens all he holds dear. Can Maribel and Jean-Luc compromise so they both can hold onto what they most desire?

Join the adventure as the Daughters of the Mayflower series continues with The Pirate Bride by Kathleen Y’Barbo. 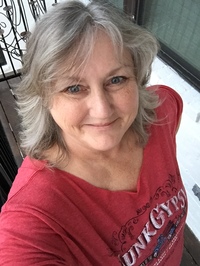 Bestselling author Kathleen Y’Barbo is a multiple Carol Award and RITA nominee of more than eighty novels with almost two million copies in print in the US and abroad.

A tenth-generation Texan and certified paralegal, she has been nominated for a Career Achievement Award as well a Reader’s Choice Award and is the winner of the Inspirational Romance of the Year by Romantic Times magazine.

To connect with her through social media, check out the links on her website at www.kathleenybarbo.com.

A story that you grab you and hold you, right from the beginning we are on an adventure and one you would never expect, being on a privateer or what others call a pirate ship.
Can you see a young girl and leaving all you have ever known to cross the ocean not knowing what is ahead or really where she is going? We get to see this up close and personal through the eyes of the author, and what a great time you are in for?
This is the second book in the Mayflower Bride series, and definitely can be read alone, but you might just want to grab the whole series, they are that good.

I received this book through the Barbour Publishing Blogger Program, and was not required to give a positive review.