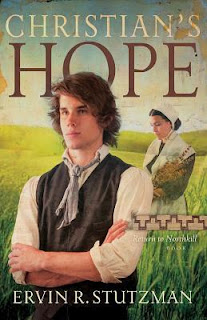 Christian’s Hope (Herald Press, October 2016)
When Christian Hochstetler returns to the Amish after seven years in captivity, he finds that many things have shifted.
Captured as a child during the French and Indian War, Christian has spent much of his life among Native Americans, who cared for him and taught him their ways. Now that Christian is home, his father wants him to settle back into their predictable Amish life of farming, and Christian’s budding friendship with Orpha Rupp beckons him to stay as well.
Yet Christian feels restless, and he misses his adoptive Native American family—who raised him as their own son. When faced with a life-altering decision, will Christian choose the Amish identity that his father desires for him? Or will he depart from his family and faith community yet again?
Christian’s Hope tells the story of the younger brother of Joseph and son of Jacob, whom readers have come to love in the first two books in the Return to Northkill series. Based on actual events and written by a descendant of the Hochstetler family, Christian’s Hope brings the sweeping epic of the Return to Northkill series to a soul-stirring end.
Learn more and purchase a copy. 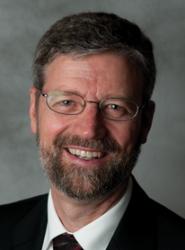 Ervin R. Stutzman is author of “Jacob’s Choice,” “Joseph’s Dilemma,” “Tobias of the Amish,” and “Emma, A Widow Among the Amish.” Born into an Amish home in Kalona, Iowa, Stutzman based the Return to Northkill series on the life of his ancestor, Jacob Hochstetler. He has been featured on TLC’s “Who Do You Think You Are?”
Find out more about Ervin R. at http://www.mennomedia.org.

This is the third book in this story, based on real people, with an Historical Notes at the end telling what really happened in Christian’s life, love that this was included.
While we are dealing with the author’s interpretation of events, we try to walk in Christian’s shoes, and we are now ripped from the home we have spent the last seven years in, coming to terms to being an Indian. Now he is back at his Amish roots, he has to relive the murder of his mother and siblings, and try to find his way, all the while longing to be back in the security of the Indian village.
What a mind dilemma he must have faced, where would your loyalties be place, and how would you live, and how will his former community receive him? Being used to sleeping in a teepee and now he can hardly stand to enter a house, and then the reminder of his family and their graves.
There is a bit of romance here, he longs to see his Indian maiden, and then he meets a Dunkard, a form of the Brethren, Orpha Rupp, and you will wonder how this is going to play out, Mountain Dew or Orpha.
A very different Amish based story, one that traces its roots back to the original settlers to this country, and how they lived and embraced their religion.
I received this book through Litfuse Publicity Book Tours, and was not required to give a positive review.