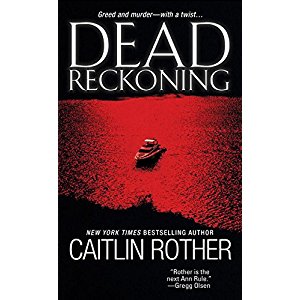 Retirees Tom and Jackie Hawks were delighted when attractive, personable Skylar Deleon and his pregnant wife, Jennifer, offered cash to purchase their yacht, the Well Deserved. But a trial voyage turned into a nightmare. The Hawkses were never seen again, while the Deleons claimed the older couple had signed over control of their assets to them.

The outrageous story became even more shocking when Skylar and Jennifer were tried for murder. Now, in this updated edition of her true-crime classic, bestselling author and award-winning journalist Caitlin Rother reveals eye-opening developments in the case, including Skylar’s decision to transition to a transgender woman—despite living in a men’s prison. But for the former child actor, the answer to “Where Are They Now?” is still Death Row.

This updated book will blow your socks off, and if you were related to the victim you would want to carry out your own justice. How can we treat our prisoners better we do our Vets and law abiding citizens. What is this nation coming to? Makes you wonder if crime does pay, and don’t forget this person is on death row.

I received this book through the Author and was not required to give a positive review.