An Amish Man of Ice Mountain by Kelly Long 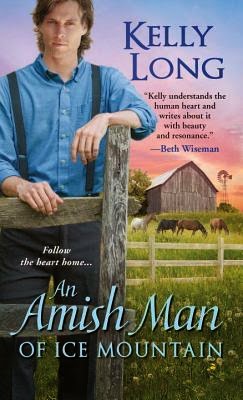 Joseph King has good reasons to work an oil rig far from his beloved Ice Mountain . . . and to mind his own business. He hopes to protect his younger brother Edward from worldly influences. And maybe he can finally forget how yielding to temptation forced him to leave home in disgrace. Still, no honorable Amish man would let Priscilla Allen and her four-year-old daughter remain homeless, living out of their car. And how can he not be drawn to the feisty waitress's bravery and hidden strength . . .

Offering Priscilla a home on Ice Mountain as his wife-in-name-only gives her a place to start again. For Joseph, it's also an unexpected chance to regain his reputation and standing in the community. But Priscilla's warmth, caring, and determination to adjust to Amish society are renewing Joseph's long-buried hope. Now as his guilt and her wrenching secrets threaten the fragile trust growing between them, they will need the riskiest of miracles to put the past to rest--and fulfill a promise only love and renewed faith can bring. 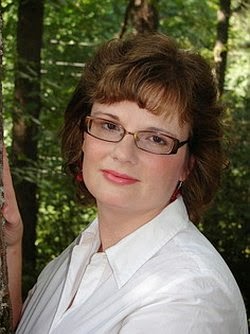 Kelly Long was born and raised in North Central Pennsylvania. There was an Amish hitching post at the small grocery store in her town. She loves to write Amish romance and is the author of novel, Sarah's Garden, the novella Amish Christmas Expanded Edition with some other great Amish authors, Amish Love with Beth Wiseman and Kathy Fuller, and Lilly's Wedding Quilt--the sequel to Sarah's Garden. She lives in Atlanta with her husband and children.

I just finished the second book in this series, and yes you should read the first, but this can be a read alone. When the first book ended Joseph King was departing the mountain to follow his brother Edward and be there for him.
We find the men working on an oil rig, and living in West Virginia, with Edward continuing some of his bad choices. Joseph is trying to help, but finding Edward often out of control, how can he change him and continues to plead to God.
Joseph has an encounter with a pretty divorced woman and her precocious 4 year old, who he find out are living in their car. Joseph has let all know that he is not interested in marriage, but does God have other plans?
I so enjoyed this book and how you don’t see what is coming next. There is such compassion shown by these people, and makes you want to live here. We revisit the ice mine on this picturesque mountain in Pennsylvania. Loved how some of the evil that is present is shown the hand of God, and dealt with in a loving but firm manner.
This is a fast and enjoyable read, and you should read the first book, it is referenced and continued here, but you can read this one alone, but don’t deprive yourself! I can’t wait for the next book, and what happens between Edward and Sarah?
I received this book through Net Galley and the Publisher Kensington Books and was not required to give a positive review.