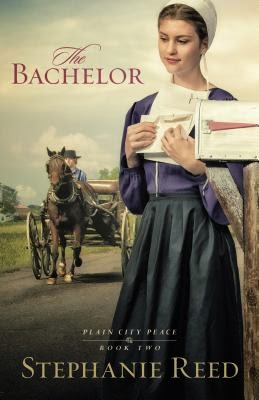 In this sequel to The Bargain, Betsie Troyer is back home in her Amish community where she knows she belongs, free from the confusing Englisher way of life. She and Charley Yoder have made promises to each other, and her life is back on track--until Gerald Sullivan shows up with his young daughter, asking for Betsie's help. He’s on his way to find his estranged wife, and begs Betsie to take young Sheila in. When she agrees, Betsie's carefully planned life is shaken up again. Sheila's newfound faith is troubling to Charley--and his attraction to another girl is beginning to be a problem. But how can Betsie confront him when she is still trying to confront her own feelings about Sheila's brother, Michael? Keeping the peace between the Amish man she's always loved, a twelve-year-old Englisher girl, and a draft-dodging hippie is more than she ever thought she’d have to deal with in her simple, orderly life. Still, Betsie is convinced she can keep things from falling apart completely. Then during her best friend's wedding, tragedy strikes and her world is upended. She has to make a decision: does she love Charley or Michael . . . or is she craving a deeper love that only God can give? The compelling second novel of the Plain City Peace series, The Bachelor deftly weaves together the strands of a solid, simpler time with the turmoil of an era of change, revealing the strengths of both in its powerful narrative.

During her childhood, Stephanie Reed's family would often pass through Ripley, Ohio, on their way to her grandparents' home. The signs she read there about the Rankin house were what prompted her to write Across the Wide River and The Light Across the River. Stephanie is a Latchkey teacher. She worked for the Dayton (Ohio) Metro Library system for nine years.
Stephanie, her husband, and two children live in Dublin, Ohio.

The Batchelor is set in the 1970’s and the setting is a failing Amish Community known as Plain City, and as we are reunited with Betsie, we are reminded that her parents have left her and her and her brother and sister. Through out the story, Betsie is on bended knee prayer her folks will return and give up their ideas of being saved.
The author has provided a lot of information if you haven’t read The Bargain, but it is an awesome book, and I would highly recommend reading it. We met the Sullivan family in The Bargain, and now Betsie is faced with a problem when she is begged to temporarily give Shelia Sullivan, a twelve year old, a home. She does so knowing her Community will not like the Englisher staying in her house. Even her siblings give her a hard time, but Charlie Yoder, who is now coming to court her, is really upset that Shelia is here.
There is more tension when Michael begins writing, and Charlie finds out. Betsie also begins to relive the attack that was made on her while at the Sullivan’s, and you have to wonder if it is Michael or Charlie she fears. I also found Charlie’s mother to be a person I sure would avoid, not a very pleasant personality here, and Betsie better be careful when she marries Charlie.
What an up and down story your about to experience, some chuckles, and some heart ache, come and immerse yourself in this great read. See whom Betsie belongs with!

I received this book through Kregel Publications, and was not required to give a positive review