Fire and Ice Presents: The Tuttle Twins and the Miraculous Pencil Review and $100 Giveaway

We are thrilled to be a part of the book blitz for book two in the Tuttle Twins series
hosted by Fire and Ice. 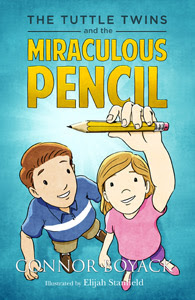 The Tuttle Twins and the Miraculous Pencil

by Connor Boyack In this second book of the Tuttle Twins series, Mrs. Miner leads the twins and their classmates on a fun field trip to learn how pencils are made using parts from all over the world—and how in an economy, people from all over the world work together in harmony to produce helpful products that improve our lives. Teach your kids about the free market with a fun story and bright, engaging illustrations! Purchase 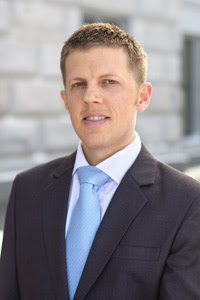 
Connor Boyack is president of Libertas Institute, a public policy think tank in Utah. He is the author of several books on politics and religion, along with hundreds of columns and articles championing individual liberty. His work has been featured on international, national, and local TV, radio, and other forms of media. A California native and Brigham Young University graduate, Connor currently resides in Lehi, Utah, with his wife and two children. Facebook * Twitter

Elijah Stanfield is owner of Red House Motion Imaging, a media production company in Washington. A longtime student of Austrian economics, history, and the classical liberal philosophy, Elijah has dedicated much of his time and energy to promoting the ideas of free markets and individual liberty. Some of his more notable works include producing eight videos in support of Ron Paul’s 2012 presidential candidacy. He currently resides in Richland, Washington, with his wife April and their five children. 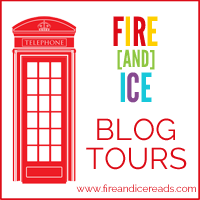 I read this book with my second grader, and he at first wanted to go to the Cinnamon Roll Bakery, but got interested and laughed when the kids said the outside of the factory looked boring.
What a great educational little book this is, very colorful pages that just drew him into the story. He couldn’t believe that all the people it took to make a pencil! He did begin to understand when we read through the story, and it rather clicked with him.
He was able to see the correlation, and was putting it to making other things. He could see that most of the things we have really do have something to do with another person or country.

I received this book through Fire and Ice and Little Red Reads, and was not required to give a positive review.

Enter to win $100 Amazon Giftcard or Paypal Cash
a Rafflecopter giveaway
at December 29, 2014