Pump Up Your Book is pleased to bring you John Perich’s TOO LATE TO RUN virtual book tour December 1 – 16! 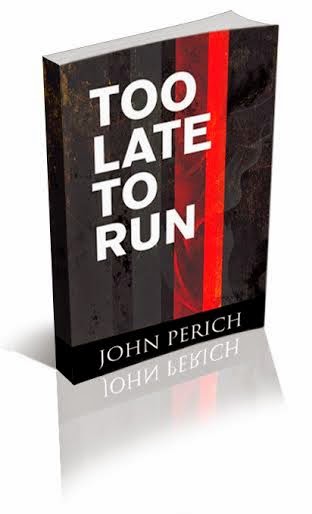 
Too Late to Run is the third book in a series of gritty mystery novels starring Boston photojournalist Mara Cunningham. This time, Mara reluctantly aids a crooked real estate developer from her past who’s been detained on trumped-up charges. But each clue she uncovers turns up more enemies – backwoods militias, corrupt bankers, and a mysterious pyromaniac – and raises doubts as to her friend’s innocence. While working in a variety of Boston-area tech startups, John Perich has still found time to write and publish several gritty crime thrillers, particularly the Mara Cunningham series (Too Close To Miss in 2011; Too Hard to Handle in 2012).
His latest book is the mystery/thriller, Too Late to Run.