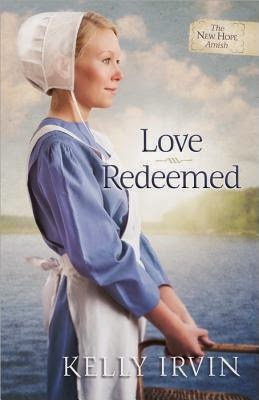 In the second book of the New Hope Amish series, acclaimed author Kelly Irvin spins a tale of romance, grief, and redemption deep in Amish country.

Phoebe Christner is thrilled when the families of her close-knit Amish community decide to spend a week at the lake. She feels she's earned a break...and it doesn't hurt that Michael Daugherty will be coming along. They'll find ways to spend time together--she's certain of it--and their romance will have time to blossom.

But when tragedy strikes, Phoebe and Michael are torn apart by their pain and the knowledge of their guilt. As they both cope with the loss of a loved one, they will come to discover that they are worthy not only of each other's love, but God's love.

A tender novel of faith and family set in the heart of Amish country. 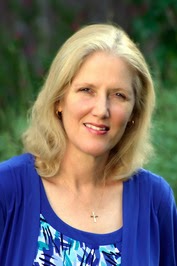 Kelly Irvin's latest book in the New Hope Amish series, Love Redeemed, releases in March 2013. She is the author of the Bliss Creek Amish series and the New Amish Amish series. The first series includes To Love and To Cherish, A Heart Made New, and Love’s Journey Home, published by Harvest House. Love Still Stands, the first book in her spin-off series New Hope Amish, released in September 2013.

Kelly recently signed with Zondervan to publish a three-book series set in Bee County, Texas. The first book in the Lone Star series is set to release in 2015.

Kelly has also penned two romantic suspense novels, A Deadly Wilderness and No Child of Mine, published by Five Star Gale in 2010 and 2011.

She has worked in public relations for the San Antonio Parks and Recreation Department for 19 years.Kelly has been married to photographer Tim Irvin for twenty-six years, and they have two young adult children. They recently became grandparents for the first time. In her spare time, she likes to write short stories, read books by her favorite authors, and play with her new granddaughter.
http://www.kellyirvin.com

Kelly Irvin has written a compelling page-turner. It is so about forgiveness of one another, and oneself. How could a really happy family, go from one extreme to another in almost a fraction of a second?
When tragedy hits a family, it can pull everyone together, or yank them forever apart. This what happens to the Christner family, and with their Amish background you hope that they will be able to heal. This tragedy though, touches other lives, and throughout the story, one point keeps rearing it head, forgive yourself. That seems to be the hardest of all, yes you can put the blame on someone else, and they all did, beside themselves. Also you see where it is hard not to hold a grudge against someone.
What I found was that living your faith in God, really means exactly that. Not just a pick and choose, but all of It.! You are going to wonder if there will ever be peace in this family, or community again. If they are all going to be able to live there faith?
Come and spend some quality time with the Amish of New Hope.

I received this book through First Wild Card Book Tours, and was not required to give a positive review
at March 26, 2014