Pump Up Your Book is pleased to bring you Monique Roy’s Across Great Divides virtual book tour March 3 – 28!

ABOUT ACROSS GREAT DIVIDES

Across Great Divides is a timeless story of the upheavals of war, the power of family, and the resiliency of human spirit. When Hitler came to power in 1933, one Jewish family refused to be destroyed and defied the Nazis only to come up against another struggle—apartheid in South Africa.

Sixteen-year-old twins, Eva and Inge, witness their lives in Berlin change before their eyes. Their best friend, Trudy, betrays them when she becomes a member of the Hitler Youth. A valuable family heirloom, a beautiful emerald and diamond necklace, is confiscated by the Nazis as they harass Jewish families and businesses.

Their younger brother, Max, a member of the underground resistance, sees great danger ahead. Their father, Oskar, a successful diamond merchant, refuses to leave his beloved Germany and believes Hitler will fail. Their mother, Helene, holds her family together under dire circumstances.

After the devastation of Kristallnacht in 1938, the family flees Germany with the help of the underground resistance after hiding many diamonds. They seek refuge in Antwerp, but war follows them as Belgium is occupied by the Germans.

A German man, a nun, a countess, and a winegrower help the family escape Europe. They hike over the Pyrenees Mountains while eluding German patrols and Spanish informers. Then, they spend agonizing days on a ship bound for Rio de Janeiro that is targeted by a German U-boat. As Rio’s diamond business is corrupt, they decide to go to South Africa, another diamond market.

In Cape Town, Eva encounters an impoverished colored woman, Zoe, who is in need of work. The family hires Zoe as their maid. They shield her and her daughter from the dangers they face in the slums of District Six and from the horrors of apartheid, which are all too reminiscent of Nazi Germany.

But, when Max gets into trouble with the South African police over his participation in an anti-apartheid march, will he be subject to imprisonment?

In a thrilling conclusion, the family comes to terms with the evils of society, both in their memories and current situation in South Africa.

Buy the Book at Amazon

Monique Roy loves writing that twitches her smiling muscles or transports her to another time or place. Her passion for writing began as a young girl while penning stories in a journal. Now she looks forward to deepening her passion by creating many unique stories that do nothing less than intrigue her readers. 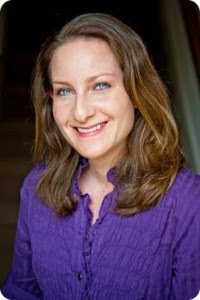 Monique holds a degree in journalism from Southern Methodist University in Dallas and is the author of a middle-grade book Once Upon a Time in Venice. Monique loves to travel, play tennis, pursue her passion for writing, and read historical fiction. In 2008, she was chosen by the American Jewish Committee's ACCESS program to travel to Berlin, Germany, on the 70th anniversary of Kristallnacht, to explore German and Israeli relations along with 20 other Jewish professionals from across the U.S.

Monique was born in Cape Town, South Africa, and her grandparents were European Jews who fled their home as Hitler rose to power. It’s their story that inspired her to write Across Great Divides, her newest novel.

What attracts Monique to historical fiction is taking the factual record as a structure and letting imagination run wild to fill it all in. Historical fiction lets you escape to another time and place; and Monique likes to explore the past so that we can potentially better understand the future.

Her latest book is the historical fiction, Across Great Divides.

The mid-afternoon sun cast a soft, golden glow on the autumn foliage along the path to the auction house. The air was crisp and silent, the only sound being the rustle of dried leaves underfoot. Oskar reached the steps to the opulent auction house and paused briefly. Dressed in a fine black suit and gabardine overcoat, he reached for his gold pocket watch.
"Almost time," he said to himself.
For luck, he kissed the inscription on the back of the watch that read: “Oskar, my love always, Helene.”
He climbed the stone steps to the entrance. The entryway was marked by arched windows and glass doors that lead to a large foyer, the Great Hall, adorned with high golden ceilings, sparkling chandeliers and marble floors. This was where elegant society with a cultivated taste in art mingled and where time could stand still for a lingering moment.
Oskar entered the rosewood parlor to peruse the dazzling display of estate jewelry, including diamond rings, strands of pearls, gold, platinum and silver rings, necklaces, brooches, and bracelets. Roaming the room, he slowly inspected the jewelry, impressed by the splendor around him. He walked towards a piece a few feet away. The jewel glimmered back at him. When he was only inches from the jewelry, he stopped.
The familiarity of the gem startled him. He went closer and examined the emerald and diamond necklace. A replica or a piece he had cut with his very hands? He recalled the brilliantly green emerald glowing like a ball of green fire. It was one of a kind, a finely cut pendant necklace, fit for a queen. Looking at its beauty, Oskar recognized the stunning emerald set with a gleaming radiance of many brilliant cut diamonds.
Everything from the diamonds to the emerald to every intricate detail would always be etched in his mind. Oskar had inherited the gemstones when his father died in 1925, a time when Berlin culture was considered decadent and sophisticated, amid unprecedented social and artistic freedom. When Oskar took over his father’s prosperous diamond business, the city had become an intellectual center where artists, musicians, and writers thrived. It was a special time, even for jewelers like Oskar.
He then remembered the woman who bought the necklace from him five years prior. She was a younger woman with soft eyes, an alluring face, and a lovely, long shapely neck. Her name did not come to mind. He recalled she came alone. She bought the necklace nonchalantly, as if she was buying a loaf of bread, and he never heard from her again. Why was the pendant necklace here? He clenched his jaw in thought and scratched his head.
And then it was time.
As the auctioneer opened the bidding to the eager crowd, a white-gloved porter walked the necklace around the room for all to see. There were five or six players, maybe more. Oskar was not certain.
At Oskar’s bid of 25,000 Reichsmarks, applause sounded around the room, and stirred murmurings of astonishment.
The hammer came down. Oskar left the room with a victorious smile.

I for one never connected the two similar horrible historical events. I of course am familiar with WWII, and the Nazi Government. The evil that appeared as Hitler, and what he did, is almost unspeakable.
Monique Roy has presented a family that we can relate to, and how our personal thinking, things will get better, and it can't last forever. Until it is almost two late! We experience a brief look at Germany, just before Hitler comes to power. We are with a family of Oskar, his wife Helene, their son Max, and identical twin daughters Inge and Eva.
Trying to put myself in their shoes, is almost impossible! Hitler convinced the Country that the Jews were responsible for the depression. Oh how gullible they were, and they wanted answers, so lets blame the Jews.
We travel with this family over two continents and end up in South Africa. This is where history seems to be repeating itself in Apartheid. Lets blame the Black population for all that is wrong...and so it starts again.
We meet new characters, and there is a necklace that seems to tie all of this together.
I enjoyed reading this book, and would give it 5*, except I felt the ending was rather rushed. There needed to be a bit more. I do recommend this as a great read!

I received this book through Pump Your Book Virtual Book Tours, and was not required to give a positive review
at March 24, 2014