The Savant of Chelsea by Suzanne Jenkins 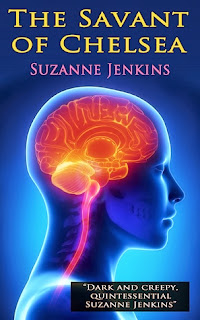 In the French Quarter of New Orleans, the birth of a baby to a mentally ill woman marks the beginning of The Savant of Chelsea’s life. An abusive childhood segues to the operating rooms of the largest medical center in New York. The brilliant but mentally ill brain surgeon waits for just the right time to redeem her past. In the end, she takes matters into her own hands. It’s up to the reader to decide what happens after the climax. 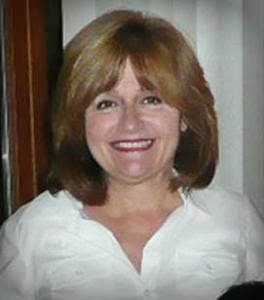 My books are all creations of a rich and sometimes devilish dream life.  Don’t worry—you won’t see yourself in any of my books, but if you do, it’s just a coincidence…
I live in the west Michigan lakeshore area with my high-school sweetheart husband of forty-four years. We have two children, five grandchildren, with two on the way. Oscar, a six-year-old mixed shepherd-type doggie.  We have an aged sheep, Spot who lives in a pasture outside my office window with a borrowed companion, Dot.
In a former life, I was a registered nurse who worked in the Operating Room for many years. Prior to nursing school, I was an OR technician. I did my training at Marygrove College, and the clinical experiences we had took place in the Detroit Medical Center. I remember going to a mandatory autopsy in the morgue at Detroit General. All I can say is wow!  I was so relieved; the only thing going on the day I was scheduled to observe was a brain dissection. After working in the OR for over thirty three years, I can’t stand the sight of blood now.


Wow! What a read. From beginning to the end, one surprise or atrocity after another.
This story is not for the faint of heart, there is so much abuse. Little innocent children, oh so sad, and you want to go there and help. From the little ten year old yearning to be loved to later the Grandchildren.
Children falling under the cracks of the sidewalk for sure. Yet there are a few individuals who open their hearts. What would Dr. Alexandra Donicka have done without her support system. She is beyond brilliant, with no personal skills, she even has to be told when to bathe. Yes, she is a Savant. What happens to this woman, and rather wakes her up? She could have slipped the other way, into madness.
Get the tissues ready, and even when you read some of the horrifying events, you have to keep reading.

I received this book from the author Suzanne Jenkins, and was not required to give a positive review.
at December 14, 2013