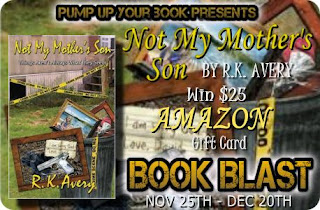 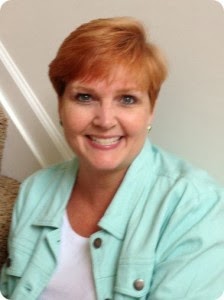 About the Author:
As a recent graduate of the Institute of Children’s Literature, R. K. Avery has written numerous, unpublished, children’s picture books, but her true passion is writing adult fiction.

“Having the ability to make people laugh or cry, just by using the written language, is a gift so powerful and I hope, one day, my name will be among those who possess it” ~ R.K. Avery

After Be Careful What You Wish For achieved near-instant eBook best-seller success even before its print release, Avery had re-signed with Brighton Publishing LLC for her second novel, Not My Mother's Son. Sure to send chills down readers’ spines, Avery’s brilliant new thriller is now available for sale in both e-Book and paperback wherever fine books are sold.

R. K. Avery lives in Northeast Ohio with her husband, two kids, and four dogs.  She often jokes instead of sign that says, “Don’t let the dogs out” she has a sign that says “Don’t let any more dogs in”. 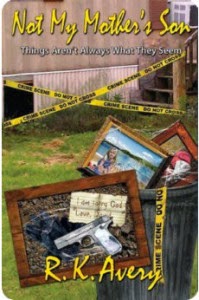 Devious.  Conniving.  Deceitful.  Insidious.  David Miller thought he knew his mother.  He thought kidnapping three children was the most appalling and horrendous thing any human being could do and she couldn’t possibly do anything more monstrous.  He thought there was nothing else she could do or say that would astound him.  How wrong he was.

After Beatrice Miller, David’s serial kidnapping mother, is sentenced to thirty years, David moves to Phoenix, Arizona; and with the help of a trust fund and an old friend, he starts the Never Give Up foundation, an organization dedicated to finding and returning exploited and missing children safely to their families.  With all the wicked things his mother had done, David feels it is his unspoken duty to do something worthwhile.

Hesitant at first but after reading his mother’s journal, David is determined to mend their dysfunctional relationship.  Every time David visits Bea in prison, she seems deranged insisting that people are trying to kill her.  She ends each brief encounter with a chilling statement, “Remember David, things aren’t always what they seem.”

As word about the foundation spreads, the services of Never Give Up are requested time-and-time-again to help where other agencies have failed.  That is, until the police come knocking on David’s door and arrest him, taking him back to Bunting Valley, North Dakota, for the murder of a newborn baby boy.

Forced to shut down Never Give Up, David is amazed at how quickly the entire world turns their backs on him.  The trial begins and his mother’s testimony is the only thing that can save him.  Telling the truth is as foreign to Beatrice Miller as giving up drugs is to an addict.  As everyone in the courtroom holds their breath, you will too.  Remember, things aren’t always what they seem.

Purchase your copy at AMAZON

Pump Up Your Book and R.K. Avery are teaming up to give you a chance to win a $25 Amazon Gift Card!