Chelsea King was a popular high school senior, an outstanding achiever fiercely determined to make a difference. Fourteen-year-old Amber Dubois loved books and poured her heart into the animals she cared for and the poetry she wrote. Loved by their families and treasured by their friends, both girls disappeared in northern San Diego County, just eight miles and one year apart. The region’s desperate search for these lost innocents led authorities to a brutal predator hiding in plain sight: John Albert Gardner, a convicted sex offender who could have been returned to prison several times over. Now New York Times bestselling author Caitlin Rother delivers an incisive, heartbreaking true-life thriller about a case that galvanized the community, first by grief and goodwill, then by anger and injustice, as it came to grips with a flawed system that failed … and adopted a law that will forever change how we keep our children safe. This chilling book aims to help readers understand how to protect themselves and their children and how to prevent similar tragedies from occurring in the future by revealing new and exclusive details about the factors that turned Gardner, once a troubled but caring boy, into an angry adult sex offender who was unable to control his violent urges. 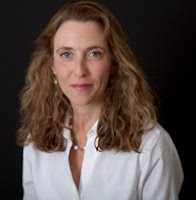 New York Times. bestselling author Caitlin Rother has written or co-authored eight books, both fiction and non-fiction. A Pulitzer-nominated investigative journalist, Rother worked nearly 20 years for daily newspapers, and has made dozens of TV and radio appearances as a crime expert. She speaks to professional groups, works as an editorial consultant/book doctor, and teaches narrative non-fiction, journalism, and creative writing at UCSD Extension in San Diego, where she lives. She draws from her years of experience reporting on a wide range of topics -- from addiction, suicide, mental illness and murder to politics and corruption at City Hall and in Congress. You can visit her website at www.caitlinrother.com.

Page turning sad, sad story. The story of dysfunctional families, drug abuse, bipolar, incest, and murder. We find families failing one another, hospitals and Government Agencies not helping or doing their jobs. Laws that are in place and not enforced, people either not doing their jobs, or over worked to the point they are unable to comply.
John Albert Garner, was born with problems, his Mom became a psychiatric nurse in order to support and help her son. Throughout the book you see numerous times she tried and tried to help him. She supported him and hard a hard time believing the monster her son had become. She was also not responsible for his drug abuse, but she should have told authorities about some of her suspicions.
Unfortunately the system failed and two young girls lost their lives because of this. Parents of these girls and politicians have now passed new laws to help prevent another tragedy....if they are enforced! Some have already been postponed. Don't miss this insight into the mind of a killer, and what helped make him who he is.
I received this book from Pump Your Book Virtual Tours, and the Publisher Kensington Books, and was not required to give a positive review.
at July 10, 2012