Wes Watkins’s journalism career took off when he was asked to eulogize Michael Gavin, a stranger to Wes but a hometown hero to the humble folks of Talking Creek, Georgia. While researching Gavin’s life, Wes was confronted with an estranged relationship of his own that he wasn’t prepared to address, having ignored for years the occasional letters from his imprisoned father. Wes has chosen to focus instead on his growing career and his budding relationship with Emmy. His life is looking up . . . until his marriage proposal to Emmy goes south.
Left to wonder if he can reconcile with Emmy before she is deployed to Afghanistan, Wes can no longer avoid the other reconciliation that troubles him. But when Wes uncovers a painful truth about his parents’ past, patching things up with his father may prove impossible. Wes’s life is close to spiraling out of control. Will Wes learn to forgive? Or will the best year of his life turn into the worst?
Set against the haunting backdrop of several Civil War battlefields, Legacy Road is a grace-full exploration of hidden secrets—and what happens when they are revealed. Through the ups and downs of human relationships, of family ties
lost and found, southern fiction fans will ponder the age-old question: How do you forgive others—and release yourself— from a past that threatens to destroy you? 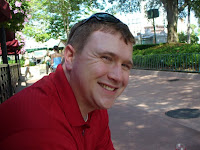 Graham Garrison is the author of Hero’s Tribute and has published articles in six newspapers and eight magazines, including the Atlanta Journal-Constitution, America’s Civil War, Georgia Physician, and Boating World.

We begin this story as Wes Watkins is taking a class from Paul Gavin on the American Civil War. Wes had given the Eulogy for Paul's son Michael...which was the first book in this series.
I so enjoyed how everything had its purpose! Some hurtful and sad, and others so giving and loving. You see God's hand in all that happens in this book. There are also many unexpected twists and turns, and this book becomes a real page turner.
After a problem turns up between Wes and Emmy and she is not sure whether to let him in....out bounces Baxter howling and jumping. Loved it!
Once you pick this one up you won't be able to put it down. Some of the decisions will really surprise you....like trading a truck, but their are great feelings of love and forgiveness that go along. Enjoy!!

I received this book from the Publisher Kregel, and was not required to give a positive review.
at July 02, 2012