A story filled with beauty and wonder, Love Finds You in Mackinac Island, Michigan transports readers to a magical place and time. The story begins in the 1890s at the end of the Gilded Age, a golden era of prosperity and growth. As the Gilded Age comes to a close, the kingdoms of many wealthy industrialists begin to collapse, including the once-wealthy Bissette family who has nearly lost its fortune. However, the Bissettes still own a home on the fashionable Mackinac Island, where they will spend one last summer in the hope of introducing their daughter Elena to a wealthy suitor.

Not only is Elena is repulsed by the idea of marrying for money, she quickly grows tired of the extravagant balls and spends most evenings escaping back into Mackinac's rugged forest. There she meets Chase, a handsome laborer who shares her love for the night sky. The two begin to meet in secret at an abandoned lighthouse where they discover a mysterious tattered diary.

As Elena falls in love with Chase, her mother relentlessly plots to introduce her to Chester Darrington, the island's most eligible bachelor. While marriage to the elusive millionaire would solve the Bissettes' financial woes, Elena is torn between duty to her family and true love.

The Love Finds You series from Summerside Press is a collection of novels that captures the flavor of towns and cities across the country with colorful histories. The towns become as much of a part of the stories as the characters themselves. Researching the towns in which her novels are set is the aspect of historical fiction that Dobson enjoys most. In writing Love Finds You in Mackinac Island, Michigan, she was able to explore the island that has intrigued her since her early years growing up in Ohio. "I've always been fascinated by Mackinac Island because I was told time seemed to stand still there," explains Dobson. "From the moment I got off the boat, I could sense it was a magical place. There are no cars on the island so people ride bikes or horse-drawn carriages through the charming village and back into the forest. The island has been a popular vacation destination on the east coast since 1819, so it's rich with fascinating history and lore."

In the midst of writing this book, Dobson went to Haiti to help lead a retreat for the wives of Haitian pastors. Each member of their team spoke on a different name of God, and Dobson spoke about God as Mighty Creator. "As I researched God's passion for creating and the love He has for His creation, it was a joy for me to incorporate the wonder and beauty of the universe into this historical novel. I hope that readers leave with a sense of God's majesty on this beautiful island." 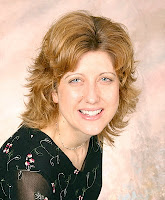 About the Author
Melanie Dobson has written ten contemporary and historical novels including five releases in Summerside's Love Finds You series. In 2011, two of her releases won Carol Awards: Love Finds You in Homestead, Iowa (for historical romance) and The Silent Order (for romantic suspense).

She enjoys the research process that comes along with being an author of historical fiction so much that she often has a difficult time stopping the research on the history and locale in order to start the writing. Because Melanie visits each location she writes about, she's been able to spend time in the beautiful and fascinating towns across the country that bring her stories to life.

Melanie received her undergraduate degree in journalism from Liberty University and her master's degree in communication from Regent University. Prior to her writing career, Melanie was the corporate publicity manager at Focus on the Family and a publicist for The Family Channel. She later launched her own public relations company and worked in the fields of publicity and journalism for more than fifteen years.

She met her husband, Jon, in Colorado Springs, but since they've been married, the Dobsons have relocated numerous times including stints in Virginia, Tennessee, North Carolina, Colorado, Berlin, and Southern California. Along with their two daughters, Karly and Kiki, they now enjoy their home in the Pacific Northwest. The entire Dobson family loves to travel and hike in both the mountains and along the cliffs above the Pacific.

When Melanie isn't writing or playing with her family, she enjoys exploring ghost towns and dusty back roads, line dancing, and reading inspirational fiction.

For more about Melanie Dobson and her books, visit www.melaniedobson.com.

Link to buy the book:
http://ow.ly/ceeZA

As the book opens we given a look at the Island, and begin to smell the Lilacs that are perfuming the air. The beauty of this place sounds so awesome and peaceful. As the Bissett family has arrived on the dock for their Summer Holiday, to the horror of Elana her hat takes flight off her head. As she try to retrieve it she almost falls in, being rescued by one of the Forts soldiers. This is enough to start the tongues wagging for the gossip here is terrible. We also find that Mrs Bissett has plans to have her daughter meet and marry Chester Darrington, a wealthy investor. The Bissett family is beginning probably their last summer on the Island, but there is hope if Elana can marry well.
With so much pressure on her, Elana visits her favorite place on the Island, an abandoned Lighthouse. There begins another story...the story of Magdalena, her two children, and the missing Jonah...this during the War of 1812. Elana loves the Lighthouse, and feels closer to God here than anywhere else on the Island. She climbs the stairs and watches the stars, she also enjoys drawing, a talent her Mother frowns on. Here she also meets a man who she could marry, Chase, he is everything she wants, only he isn't wealthy.
We get drawn in with the beautiful surroundings, the balls, teas, and the delightful lawn tennis.
You are going to wonder who Elana will end up with, her childhood friend? The hotel worker Chase? or some other person of wealth to save her family. Once you start on this book you will be absorbed into it, and its not easy to put down. Don't miss this one!

I received this book from Litfuse Publicity Tours and Summerside Publishers, and was not required to give a positive review.
at July 18, 2012