A Heart That Dares by Jill Limber Review and ebook Giveaway

Amanda Giles, an unconventional and free-spirited young artist, has to fulfill a deathbed promise to her brother before she can take up her life as a Bohemian in New York. She finds herself swept up in the perilous life of an undercover espionage agent for the Army of the North with handsome young Army Captain. Daniel McGrath. Daniel knows his preoccupation with the woman posing as his wife puts them both in grave danger, but he finds Amanda has no intention of abandoning their mission. As the danger increases, Daniel’s most vital objective is to secure a future for himself and the woman he loves. 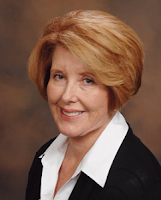 A multi-published author and former RWA President, Jill Limber’s latest books are Montana Morning, A Heart That Dares and The Right Track. As a child, some of Jill’s tales got her in trouble, but now she gets paid for them. Residing in San Diego with her husband and a trio of dogs and one very ancient cat, Jill’s favorite pastime is to gather friends and family for good food, conversation and plenty of laughter.

Back in her Cincinnati hotel room, Amanda took off her shoes and let down her hair. She sat with her sketchbook open in her lap and pondered her bizarre visit to Camp Dennison. She couldn’t stop thinking about what General Allen had said. Was there really something she could do, or was the general grasping at straws?

She heard a knock, and when she opened her door she found Captain McGrath standing in the hallway. Her first impulse was to slam the door in his face.

He must have read her thoughts, because he stuck out his hand and caught the edge of the door before she could close it on him.

“Miss Giles, please. I’ve come to apologize.” Leaning a broad shoulder against the door frame, his indifferent tone sounded as if he wasn’t the least bit sorry for anything.

“For what?” She stood her ground, pointedly not allowing him entry. She had no intention of being alone in a hotel room with this man, not after the rude way he had regarded her earlier.

Silent, he stood gazing at her.

“Well, sir?” Amanda returned his stare, unwilling to appear timid. He was so big, and they were alone at her hotel room door, for heavens sake. All of her mother’s dire warnings about men came to mind.

“I’m sorry if I said anything to offend you this morning.”

Amanda looked him square in the eye. “General Allen told you to come here and apologize, didn’t he?”

“General Allen ordered me to come here and apologize.” Eyes flashing with anger, he threw the comment down like a gauntlet.

“You came all the way into town just to say that?”

“No. General Allen also ordered me to ask you to reconsider his request for your help.” The emphasis in his voice underlined the fact this was entirely General Allen’s offer.

Now that she’d had time to think, she was sorely tempted to take the general up on his offer. How could she say no if lives were at stake? And she couldn’t ignore the tempting opportunity to gain valuable material for her sketches at the same time.

Captain McGrath shifted uneasily at her silence. Feeling perverse, she had to admit that annoying the captain by agreeing to help also had appeal. He was avoiding her look, and she enjoyed his discomfort at having to request anything from her. “Do you expect me to say yes when I don’t even know what you want me to do?”

Moving swiftly, he startled her by leaning forward and grasping her chin in his hand, his voice ominously soft. “I expect you to be a reasonable woman and decline the general’s offer out of hand.”

He might as well have waved a red flag in front of a bull. She’d show him, just as she would show everyone who thought she shouldn’t go to New York and pursue a career.

A Heart That Dares is a real page turner, it is hard to put down. The book is set during the Civil War, and a very different story it is. Although it is fiction, it probably could have happened.
When the General asks Amanda Giles to take her recently deceased brother's place, she becomes a spy for the North. She does this as a boy, and "Lady" from England, and a Southern Plantation Wife. Very very different.
She is a talented artist, and her pictures are published in National Newspapers, they think she is a male.
Although she has made up her mind to never marry and live a boheimian lifestyle...ummm enter Daniel McGrath, he does not like the idea of a woman as a spy. He does all he can to make the General change his mind, and even if he won't admit it, he is enchanted with Amanda.
This book has it all with the eminent danger, suspense, and heart breaking plight of the slaves.
You will love the interaction between Amanda and Birdie...you would think they had been together forever!
The only problem I had with the book was that there was to much focus on sex, the book would be great without it!

I received this book from the Author Jill Limber, and was not required to give a positive review.