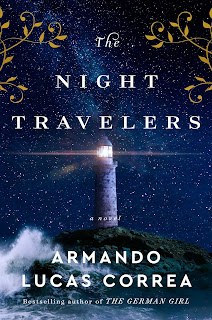 Berlin, 1931: Ally Keller, a talented young poet, is alone and scared when she gives birth to a mixed-race daughter she names Lilith. As the Nazis rise to power, Ally knows she must keep her baby in the shadows to protect her against Hitler’s deadly ideology of Aryan purity. But as she grows, it becomes more and more difficult to keep Lilith hidden so Ally sets in motion a dangerous and desperate plan to send her daughter across the ocean to safety.

Havana, 1958: Now an adult, Lilith has few memories of her mother or her childhood in Germany. Besides, she’s too excited for her future with her beloved Martin, a Cuban pilot with strong ties to the Batista government. But as the flames of revolution ignite, Lilith and her newborn daughter, Nadine, find themselves at a terrifying crossroads.

Berlin, 1988: As a scientist in Berlin, Nadine is dedicated to ensuring the dignity of the remains of all those who were murdered by the Nazis. Yet she has spent her entire lifetime avoiding the truth about her own family’s history. It takes her daughter, Luna, to encourage Nadine to uncover the truth about the choices her mother and grandmother made to ensure the survival of their children. And it will fall to Luna to come to terms with a shocking betrayal that changes everything she thought she knew about her family’s past.

Separated by time but united by sacrifice, four women embark on journeys of self-discovery and find themselves to be living testaments to the power of motherly love. 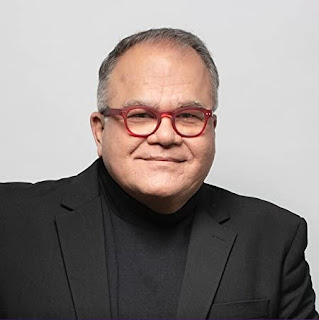 Armando Lucas Correa is a Cuban writer. He lives in Manhattan with his partner and their three children.

Correa is the recipient of various outstanding achievement awards from the National Association of Hispanic Publications and the Society of Professional Journalism.

His book En busca de Emma (In Search of Emma: Two Fathers, One Daughter and the Dream of a Family) was published by Rayo, Harper Collins in 2007 and for Aguilar, Santillana (Mexico) in 2009. It will be available in English (In Search of Emma) by Harper One, October 12th, 2021.

His first novel The German Girl/La niña alemana was published in October, 2016, in English and Spanish by Atria Books, a division of Simon and Schuster. The German Girl is an international bestseller and it has been translated to 15 languages and it is in more than 30 countries.

His second novel The Daughter's Tale/La hija Olvidada was published in May 7th, 2019 and has been translate to German, Portuguese, Danish, Swedish and it will be soon in Italian, Hungarian and Hebrew.

His third novel, The Night traveler/La viajera nocturna will be published January 10th, 2023.

A story that spans decades and generations, strong women that give their most precious gift to others in order to save lives.
The story begins and ends in Germany, first with the evil that has penetrated Europe, and then the same in Cuba, ultimately ending back to the beginning in Berlin. Four generations, and we follow them and their hard decisions to choose life for their children.
Tough subjects are dealt with, and keep reading to the authors notes, some disturbing revelations are revealed, things that happened that most are oblivious to.
This is a page turner, some of the people in the path of these individuals are wolves in sheep clothing, sadly.
A read that although fiction, could be very true, and we need to not forget!
I received this book through Net Galley and the publisher Atria Books, and was not required to give a positive review.
at January 10, 2023