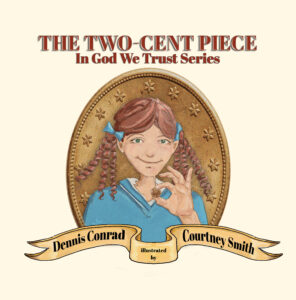 Anne wonders what secret her three older brothers are hiding. When she finds out they joined to fight with the Union Army and would leave the next day, she gives them each one of her favorite two-cent pieces and says, “I want you to take one of my new two-cent pieces. I learned these coins are the first to have the words ‘In God We Trust.’ I just memorized Psalm 91:2. ‘I will say of the Lord, He is my refuge and my fortress: my God; in him will I trust.’”

Out of a heart of love, Anne gives six of her special coins away hoping the message on the two-cent pieces will strengthen each person’s faith. 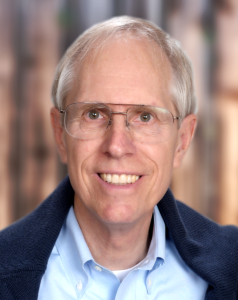 A former coin collector for over fifty years, Dennis combines his love for the Bible, children’s literature, and sharing stories about the history behind coins.

He is a member of the Society of Children’s Book Writers and Illustrators and a Fellow of the National Writing Project.

He retired as a professor of Speech Communications from Barstow Community College. He and his wife served as English and public speaking teachers ten summers overseas.

The Two-Cent Piece is Dennis’s first of seven books in the In God We Trust Series from Elk Lake Publishing, Inc.

Coin collecting brings together history, art, and the thrill of discovery.

Children who collect coins will LOOK at coins differently. They can…

Look for people. For example, who is on the nickel? (Hint: Thomas Jefferson)

The new quarters featuring women include coins with Anna May Wong, the first Chinese-American movie star; Nina Otero-Warren, who advocated for women’s suffrage and was a government official in New Mexico; and Wilma Mankiller, the Principal Chief of the Cherokee Nation.

Look for places. The state quarter series includes all of the states like California with Yosemite Valley.

Look for dates. Connect coins to historical events. For example, coins minted in 2001 were minted the same year as the World Trade Center was attacked on September 11, 2001.

Look at coins as art. The people who design coins are artists.

Look for and find coins in change. Let the great adventure begin.

Look and learn why some coins are more valuable than other coins. There is a difference between the face value of a coin (a dime is worth ten cents), and its value to collectors.

Are you a homeschooler, a teacher, or a family member who wants to help children start their first coin collection?

Get Free Resources about coin collecting by conveniently subscribing to Dennis Conrad’s newsletter.

You will receive a link to my resource page, where you will find two free resources. One for ages 5-6 year olds, and another for ages 7 and up. Or you can choose both. Let the fun begin! https://dennisconradauthor.com/coincollecting5/

For Him and My Family, January 20

Because I said so — and other adventures in Parenting, January 25

Labor Not in Vain, January 28

Lights in a Dark World, January 30

Little Homeschool on the Prairie, January 31 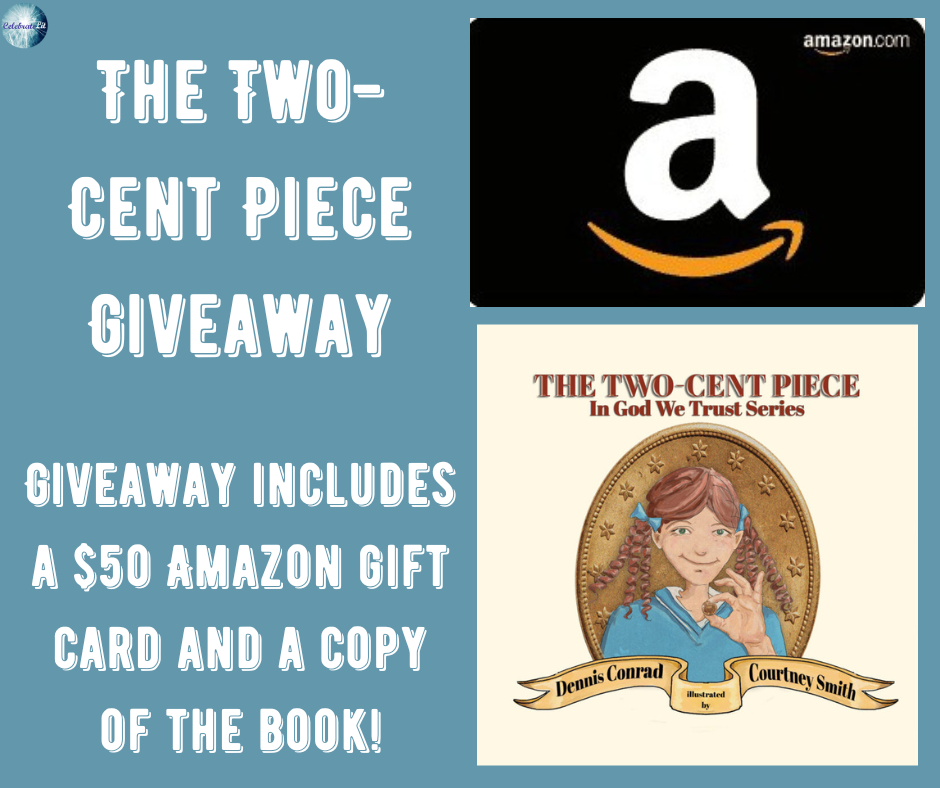 To celebrate his tour, Dennis is giving away the grand prize package of a $50 Amazon Gift Card and a hardcover copy of The Two-Cent Piece!!