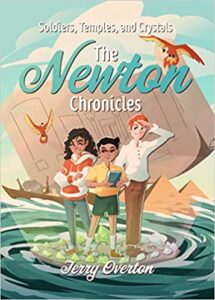 Luke Alexander’s father is “missing, presumed dead.” But Luke is confident that his father has set off on an adventure and needs his help. Searching through his father’s office, Luke – along with his friends Nathan, a pastor’s kid, and Lydia, a world traveler who knows several languages – discovers some confusing notes about Isaac Newton and finds a strange watch that once belonged to his grandfather. Knowing his archeologist father was on the hunt for Solomon’s temple, Luke and his friends decide to start a search of their own. Little do they know that their search will take them on the wildest adventures of their lives and make the stories of Solomon’s temple and other biblical events seem more real than they ever thought possible. But will their adventures lead them to Luke’s father, or will they only wind up with more questions than answers? Soldiers, Crystals, and Temples is an excellent book for anyone who loves a good adventure and who wants to find the truth that is found only in God’s Word. This first book in The Newton Chronicles will make history and the Bible come alive for readers both young and old. 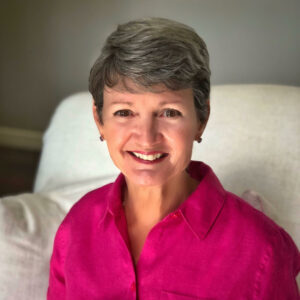 Terry Overton obtained her Ph.D. in Psychology and her Ed. D. in special education. She taught in public schools and was a school psychologist and a professor before retiring in 2016. She began her second “career” after retirement and now writes Christian fiction books and devotionals and hopes to share the Christian worldview through her writing. Her novels, middle grade readers, and picture books seek to entertain readers through the travel experiences and characters included in her books. She currently resides in Laguna Vista, Texas, near the Texas-Mexico border. She enjoys Biblical history and general Bible studies, writing, and enjoying family and friends. She has seven grandchildren and one great granddaughter.

I wanted to write this book as a way to teach middle grade and early teens about Bible history and the importance of Jerusalem in world history and in current history. In order to grab the attention of this age group, the book uses humor and suspense to transport  the three main characters, Luke, Nathan, and Lydia, throughout the Bible and ancient and current history.

Here is how it begins:

The truth is, I wish I had never found it. Or at least, I wish I had found it along with a set of instructions. It started in church. Not that I fancied going every week like my mother. But I go. I am not crazy about talking to the old ladies each week who still want to pinch my cheek and tell my mother how much I have grown. I am not wild about the church windows, the candles, and all of that. There is not much to look at during church except the backs of people’s heads and the preacher. Thankfully, I figured out how to sneak my phone in church by tucking it inside my zippered Bible. Paying attention to a longwinded preacher—even if it is Nathan’s father—is a lot to ask when you are not yet fourteen. So, pretending to listen while looking at my phone was a skill I had mastered. I sit there calmly, pretending to listen while disguising the moves I am making on my phone. And then, I hear the name “Isaac Newton” in the middle of the sermon. That is when it really started. If I had known the length and complexity of what I was about to begin, I might have changed my mind. I guess I could ignore the name Isaac Newton and continue playing Fortnite on my phone. But my curiosity is alive with the name Isaac Newton ringing in my ears.

Luke is referring to a time-travel device that he and his two good friends find and accidentally set off. The problem is they do not know how to control it. They discovered the device as they researched the travels of Luke’s missing archeologist father. Luke believes his father was searching for the original Solomon’s Temple in Jerusalem when he disappeared. Now, the three suddenly find themselves in precarious positions and environments and must figure out how to survive, find Luke’s father, and somehow return back to the current time.

Because I said so — and other adventures in Parenting, January 14

Lights in a Dark World, January 19

For HIm and My Family, January 20

To celebrate her tour, Terry is giving away the grand prize package of a $50 Amazon gift card!!