The Lady of Galway Manor by Jennifer Deibel 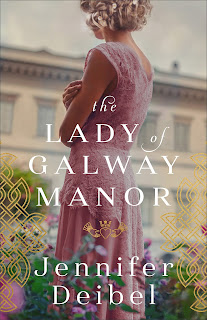 In 1920, Annabeth De Lacy's father is appointed landlord of Galway Parish in Ireland. Bored without all the trappings of the British Court, Annabeth convinces her father to arrange an apprenticeship for her with the Jennings family--descendants of the creator of the famed Claddagh Ring.

Stephen Jennings longs to do anything other than run his family's jewelry shop. Having had his heart broken, he no longer believes in love and is weary of peddling the ÒliesÓ the Claddagh Ring promises.

Meanwhile, as the war for Irish independence gains strength, many locals resent the De Lacys and decide to take things into their own hands to display their displeasure. As events take a dangerous turn for Annabeth and her family, she and Stephen begin to see that perhaps the "other side" isn't quite as barbaric and uncultured as they'd been led to believe--and that the bonds of friendship, love, and loyalty are only made stronger when put through the refiner's fire.

Travel to the Emerald Isle for another poignant and romantic story from the enchanted pen of Jennifer Deibel. 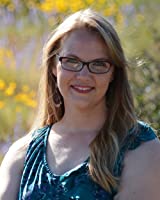 Jennifer Deibel is a middle school teacher and freelance writer. Her work has appeared on (in)courage, on The Better Mom, in Missions Mosaic Magazine, and others. With firsthand immersive experience abroad, Jennifer writes stories that help redefine home through the lens of culture, history, and family. After nearly a decade of living in Ireland and Austria, she now lives in Arizona.

I really enjoyed this read, and it kept me page turning for answers. I also looked up when Ireland finally achieved independence.

I could see why the locals did not care for the Lord and his family, they wanted to be rid of British rule over them, similar to what went on in the US many years prior.

How would you feel if you had to marry a creepy old man, well, that is what is seems to be happening to Lady Annabeth, and we are there as she comes to terms with her fate.

This story gifts us with some sweet romance, people with strong faith in God, and some that will go with the mob thinking. Be sure to read the author's notes at the end, they are a gift, and we are also given an epilogue!

This is the second book by this author that I've read, and will be looking for more!

I received this book through Net Galley and LibraryThing, and was not required to give a positive review.
at February 01, 2022