The Third to Die A Novel 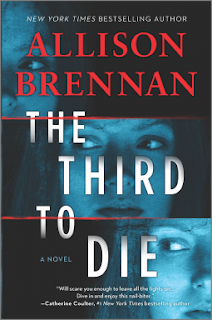 An edgy female police detective…An ambitious FBI special agent. Together they are at the heart of the ticking-clock investigation for a psychopathic serial killer. The bond they forge in this crucible sets the stage for high-stakes suspense.

Detective Kara Quinn, on leave from the LAPD, is on an early morning jog in her hometown of Liberty Lake when she comes upon the body of a young nurse. The manner of death shows a pattern of highly controlled rage. Meanwhile in DC, FBI special agent Mathias Costa is staffing his newly minted Mobile Response Team. Word reaches Matt that the Liberty Lake murder fits the profile of the compulsive Triple Killer. It will be the first case for the MRT. This time they have a chance to stop this zealous if elusive killer before he strikes again. But only if they can figure out who he is and where he is hiding before he disappears for another three years. The stakes are higher than ever before, because if they fail, one of their own will be next. 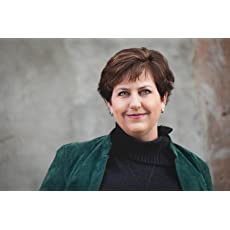 Allison Brennan is the New York Times and USA Today bestselling and award winning author of three dozen thrillers and numerous short stories. She was nominated for Best Paperback Original Thriller by International Thriller Writers, had multiple nominations and two Daphne du Maurier Awards, and is a five-time RITA finalist for Best Romantic Suspense. Allison believes life is too short to be bored, so she had five kids and spends all her non-writing time as a sports spectator, chauffeur, and short-order cook for her munchkins. She has a dog, two cats, and three chickens. Allison and her family live in northern California.

This book will have you riveted and page turning quickly, and when the last page is turned you will be wanting more, and it looks like you might get your wish!
Hard to imagine being on vacation, mandatory, and then being dragged rather willingly into a serial murder case. That is exactly what happens to LAPD Detective Kara Quinn, she finds a body and the rest is what you need to find out as you look for answers. We also meet FBI Special Agent Matt Costa, as he tries to save lives as the next murder of what he expects will be three happens.
You never know what will set someone off, and the perpetrator here has lost touch with reality, but will he be stopped, and when you see the length of what he is prepared for, well, be safe!
A book that will linger with you long after the last page is turned!
I received this book though Net Galley and the Publisher Mira, and was not required to give a positive review.