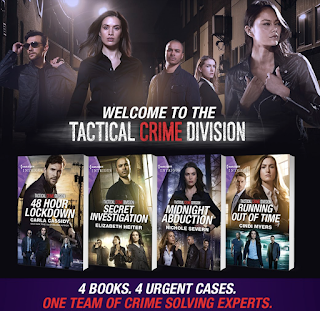 Perfect for fans of Criminal Minds and Blacklist...
Uncover the lives and loves of the FBI elite as they take on the toughest assignments. This is a new four-book miniseries featuring an ensemble cast of characters spread across 4 books, featuring 4 urgent cases, with one stellar team of crime solving experts.
The Tactical Crime Division—TCD—is a specialized unit of the FBI. Because of the growing concerns and need for ever increasing response time to criminal events, the FBI created a specialized tech and tactical team combing specialists from several active divisions that include: weapons, crime scene investigation, protection, negotiation and IT.
Each title can be read as a standalone novel, featuring a unique hard to solve crime case.
Book trailer: https://www.youtube.com/watch?v=aGQTOGlXW-c 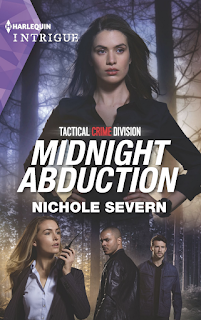 
Perfect for fans of Criminal Minds and Blacklist...
Uncover the lives and loves of the FBI elite as they take on the toughest assignments. This is a new four-book miniseries featuring an ensemble cast of characters spread across 4 books, featuring 4 urgent cases, with one stellar team of crime solving experts.
The Tactical Crime Division—TCD—is a specialized unit of the FBI. Because of the growing concerns and need for ever increasing response time to criminal events, the FBI created a specialized tech and tactical team combing specialists from several active divisions that include: weapons, crime scene investigation, protection, negotiation and IT.
CAST OF CHARACTERS:
Ana Sofia Ramirez—She’s out for redemption. Recruited by the Tactical Crime Division’s director from the Bureau’s missing-persons’ division after her last case ended with a dead victim, she’s more determined than ever to recover Benning Reeves’s son.
Benning Reeves—Single father and small-town building inspector who’s come across evidence of a murder hidden on one of his construction sites; the cost of discovery has led to the kidnapping of his six-year-old twins.
Olivia and Owen Reeves—Benning’s six-year-old twins.
Evan Duran—Tactical Crime Division’s hostage negotiator, who’s fully invested in recovering Benning Reeves’s son due to his own dark past of losing his sister as a child.
JC Cantrell—Tactical Crime Division’s tactical-operations specialist, who’s good at planting bugs, leading surveillance ops or coming up with a ruse to distract someone.
***
“Well, maybe I can give her a tour of TCD head-quarters in Knoxville one day. You know, give her a chance to see what federal agents really do on the job.” Ana stilled, the weight of her attention pressurizing the air in his chest, but he didn’t miss the assumption there would be a one day for them. That she wouldn’t disappear from their lives after Owen came home, and his blood pressure spiked. She cleared her throat as though she’d caught herself making promises she might not be able to keep. Just as she had with Samantha Perry’s family. “You must be proud. She’s going to make a hell of an agent one day.”
“That’s her plan, and probably why she opened up to you the way she did. I can tell she admires you, what you do.” Benning straightened, echoes of their earlier conversation replaying in his head on a nonstop loop. He tossed the paper towel he’d used to clean his foot in the trash beside the island. “So do I, to be honest. The work you and your team do saves lives. I know I already said thank you, but I meant it.”
“Like I said, you don’t have to thank me.” She dropped that mesmerizing gaze to the counter, sweeping the spread of flour into the sink set into the island with one hand, and swiped beneath her nose with the other. Touching her face had always been a nervous habit. “All part of the job.”
“Is that what this is for you, Ana? Just another job? Because this case is definitely a lot more personal to me.” Benning maneuvered around the counter, his bare chest nearly pressed against the exposed skin of her arm. He set his hand over hers on the granite, her quick gasp searing through him. Her warmth penetrated past skin and muscle, deep into his bones. “After what you told me about the Samantha Perry case, I realize now how hard it must’ve been for you to come back here, and you’re standing there as if none of it affects you. But is that how you really feel?”
He wanted—no, needed—to know. Was this going to play out exactly as it had between them the last time? Had he made a mistake requesting her to work this case?
Her mouth parted. “I…”
Skimming his fingers along the back of her hand, he trailed a path up her arm to her jaw, and all of his thoughts burned away. There was only the two of them. The softness of her flawless skin and hardness in her invisible guard. After everything that’d happened, after everything they’d already been through in the short span of time she’d walked back into his life, he’d struggled to keep the uncertainty, the rage, the fear, at bay so he could stay strong for Olivia. To prove that he could protect her from any threat, be the father she and her brother deserved. But Ana…stripped him of all of that. With her, Benning felt raw, exposed, bare. She was real. She was here. Not a memory—a fantasy—anymore, and it took every-thing inside him to pull himself away from her. “You had some cookie dough on your chin.”
She’d left because she believed her emotions clouded her judgment on the Samantha Perry case, and he wasn’t about to complicate anything else be- tween them. Not when it was his son’s life at risk this time. Ana turned her gaze up to his, a small tremor crossing her shoulders, and an invisible anchor set-tled inside his chest in the dark, watery landscape of this case. No matter what happened, Ana would bring his son home alive. He had to believe that. He had to believe in her. Otherwise, he’d have nothing left. “Thanks.”
A soft trill broke the silence spreading between them, but she didn’t move.
“I think your phone is ringing.” He cleared his throat, trying to drown the surge of awareness burning through him, and stepped away. It was for the best. Because anything that happened between them would only take away from their focus on finding his son, and that wasn’t a risk he was willing to take.
***