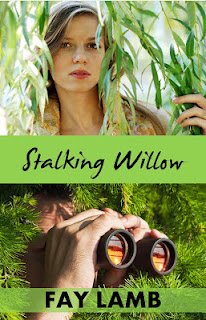 A trail of bitterness, a stalker, and a neighbor to die for. What’s a girl to do?

A young executive, who fled a high-profile life years before, now faces the return of the paparazzi and a psychotic stalker unleashed by the machinations of her mother.

When faith is the one thing she no longer possesses, can she learn to trust God and the man she left behind to see her through the fight of her life? 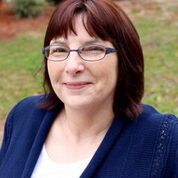 Fay Lamb is an author, editor, and writing coach.
Her emotionally charged stories remind the reader that God is always in the details. Fay has contracted three series. Stalking Willow and Better than Revenge, Books 1 and 2 in the Amazing Grace romantic suspense series are currently available for purchase. Charisse and Libby the first two novels in her The Ties That Bind contemporary romance series have been released. Fay has also collaborated on three romance novellas: The Christmas Three Treasure Hunt, A Ruby Christmas, and the newest A Dozen Apologies. Her adventurous spirit has taken her into the realm of non-fiction with The Art of Characterization: How to Use the Elements of Storytelling to Connect Readers to an Unforgettable Cast.
Future releases from Fay are: Everybody’s Broken and Frozen Notes, Books 3 and 4 of Amazing Grace and Hope and Delilah, Books 3 and 4 from The Ties that Bind. Also, look for Book 1 in Fay’s Serenity Key series entitled Storms in Serenity.
Fay loves to meet readers, and you can find her on her personal Facebook page, her Facebook Author page, and at The Tactical Editor on Facebook. She’s also active on Twitter. Then there are her blogs: On the Ledge, Inner Source, and the Tactical Editor. And, yes, there’s one more: Goodreads.

As I began to read this book I soon realized that nothing was really as it appeared, and at first, I felt myself lost, was there another book that I was missing? No, as I continued the story pulled me in, and unfortunately, I guess right, but I can’t even imagine!
Above all, someone is tormenting Willow, a stalker, but as we read his intent is even more, and why?
There is so much jealousy here, greed? A bit of romance, child abuse, but then we are also shown how God’s hand is being offered and the gifts that are offered.
Yes, once you get reading, you won’t be able to leave this one!