The Girlfriend by Michelle Frances 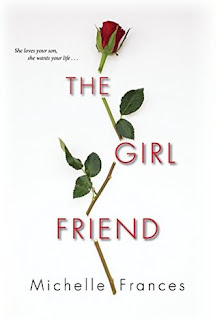 A chilling domestic thriller, The Girlfriend brilliantly renders the relationships between a fiercely protective mother, a charming son, and the young woman who will stop at nothing to come between them.

Laura Cavendish can’t wait to meet the woman who’s won her son’s affection. Despite a successful career in television and a long, prosperous marriage, Laura’s world revolves around kind, talented Daniel. She pictures his new girlfriend, Cherry, becoming a close friend and confidante . . . one day, even a daughter-in-law.

But although Cherry is beautiful and amiable, Laura can’t warm to her. There’s something about the possessive way she touches Daniel, the little lies Laura detects. Cherry seems to resent Laura, driving a wedge between mother and son—until one day Daniel is injured in a terrible accident. Six months later, with Daniel still in a coma and facing death, Laura makes a fateful decision—and carries out an astonishing deceit.

A handsome doctor for a husband, with a trust fund and a family villa in St. Tropez—it was all supposed to be Cherry’s. Now, instead of living with Daniel in his impeccable home, she’s jobless and broke. And then Cherry discovers Laura’s stunning deception. But Cherry is too clever, too ambitious to let her get away with it. She’d already transformed herself into Daniel’s dream woman. Now she’ll become Laura’s worst nightmare.

Author Michelle Frances masterfully weaves both women’s perspectives into this gripping, artfully plotted psychological thriller, propelling the reader through one dark twist after another toward a shocking, unforgettable finale. 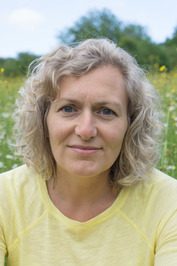 Michelle Frances graduated from Bournemouth Film School in 1996 and then from the Masters programme at the American Film Institute, Los Angeles, in 1998. Returning to London, she has worked for several years in film and TV as a script editor and producer for both the independent sector and the BBC.

The Girlfriend is her first novel.

Find out more at http://michellefrancesbooks.com

A page turner of a read for sure, and found myself rooting first for the mother and then for the girlfriend, as the story unfolded. The author kept pulling on my heart strings as I felt empathy for a Mom as her son is grown, and her marriage is collapsing, and now maybe she will find a friend in her son’s new love.
Then we have the girlfriend, and you find her a very smart girl that born into a different family would have achieved a lot, but she is poor, and not happy about it. Of course, there are other ways to achieve what she wants, but then Daniel becomes her obsession.
I really didn’t see the ending that happened, but this was quite the ride, and pitted against each other the mother and the girlfriend were quite the pair.
A book that is going to keep you up late reading to find the answers, and when you do, surprises abound.
I received this book through Net Galley and the Publisher Kensington, and was not required to give a positive review.