The Empowered by Craig Parshall 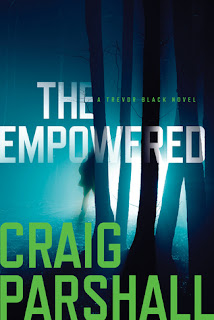 Just when a mysterious death in Washington, DC, appears to have voodoo connections rooted in New Orleans, Trevor Black also receives an invitation to speak at the national ABA convention in the city.

He knows he'll be in enemy territory, both as a disbarred attorney and as a follower of Jesus, but he determines to travel there and confront the supernatural element. Right after a grisly murder in his hotel room puts him on the suspect list, his daughter disappears, leaving a note that suggests a connection to the local cult religion. Now Trevor must not only crack the case but try to protect Heather from forces of darkness clutching at her soul as well. And just as he discovers that his ability to sniff out the supernatural has its limitations, Trevor learns that this web of evil extends far beyond isolated murders, enslaving scores of innocent children, with its head perhaps linked to the highest seats of power. 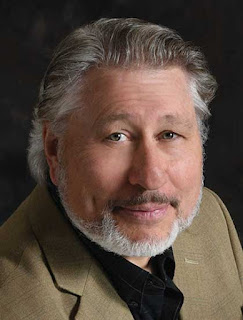 Craig Parshall is a fiction writer who has authored or coauthored twelve suspense novels. His fiction work has appeared on the New York Times Best Seller List and on the CBA bestseller list. His supernatural-themed novel The Occupied (Tyndale House) reaped a host of generous reviews, including Library Journal ("Parshall's spare style and eerie sense of foreboding heighten the tension to an unbearable level until the climatic final battle. . . . In the manner of Stephen King and Dean Koontz, Parshall pens a horrifying story of the unseen evils inherent in our society."); filmmaker and author Phil Cooke ("One of the greatest challenges for a writer is making the invisible world real. Craig Parshall has done exactly that."); Warren Smith, author and VP at the Colson Center for Christian Worldview ("Craig Parshall has combined gritty naturalism with believable supernaturalism to produce a real page-turner."); and talk radio host and commentator Kerby Anderson ("Parshall takes us into the supernatural world for a thrilling ride that also educates us about the unseen realm.")
Craig's prior titles have garnered similar praise:
The Resurrection File: "Craig Parshall is not only a brilliant lawyer . . . he is an excellent fiction writer. . . . One of the most fascinating books I have read in years." (Tim LaHaye, coauthor, Left Behind series)
Custody of the State: "This is not only a great mystery, but also a deeply moving, redemptive book . . . one that deserves translation to the big screen. Bravo!" (Ted Baehr, publisher of MOVIEGUIDE)
The Accused: "Grisham and Clancy . . . move over! Craig Parshall has truly arrived. . . . A masterful tale of suspense as well as romance." (Ken Wales, veteran Hollywood director)
Missing Witness: "A legal thriller wrapped inside a very poignant love story with a twist. Missing Witness delivers legal storytelling in its finest form." (Chris Carpenter, producer, CBN)
Craig is also a current events columnist and has coauthored several nonfiction books with his wife, Janet, a national syndicated radio talk show host on Moody Radio. Craig is a cum laude graduate of Carroll College (English/Philosophy/Religion) and Marquette University Law School, where he received his JD degree. As a constitutional attorney, Craig serves as special counsel to the American Center for Law and Justice on matters before the US Supreme Court, on Capitol Hill, and before state supreme courts.
Craig is also a commentator on issues involving culture, faith, freedom, law, media, and technology, and he frequently debates the most controversial and engaging issues of the day with atheist groups, separation-of-church-state leaders, and cultural pundits. He also speaks nationally on topics such as Washington policy and politics, religious liberty, Internet freedom of speech, and worldview, as well as debating artistic and creative issues with movie directors in Hollywood.
On constitutional matters, Craig has testified frequently before committees of the US Senate and House of Representatives, as well as before the Federal Communications Commission on broadcasting freedoms and the future of media. As a veteran trial and appellate attorney, Parshall has represented clients in civil liberty and church/state cases before the US Supreme Court, the majority of US Courts of Appeal across the United States, and numerous federal trial courts and state supreme courts.
Craig was the founding director of the John Milton Project for Free Speech, a pioneering venture advocating for freedom of speech and religious liberty on the Internet that he launched in his previous capacity as senior vice president, general counsel, and senior advisor for law and policy for National Religious Broadcasters.
Craig's appearances before national media as a fiction author, cultural commentator, and constitutional attorney have included television and radio interviews on FOX news, CBS television and CBS radio, CNN, NBC's Today Show, Inside Edition, PBS, NPR, CBN news, and Court TV, among numerous others. He has been interviewed or featured in major newspapers and magazines including the New York Times, National Law Journal, Chicago Tribune, LA Times, Boston Herald, Boston Globe, Milwaukee Journal Sentinel, Atlanta Journal-Constitution, Charlotte Observer, Des Moines Register, Newsweek, and U.S. News and World Report.
Catch Craig –
on his website – CraigParshallAuthor.com
on Facebook - Craig Parshall Author
on Twitter - @Craig Parshall
on LinkedIn - Craig Parshall – Principal at Parshall Policy

This is a book that is going to draw you in and hold you right to the end, and all the while the forces of evil are fighting and tempting God, and they are using Trevor Black, as he is saved in the blood.
This is a story that I expected to read in the newspaper, of course, a lot would be left out, but with the child trafficking that is going on it is so very real, and so terrifying.
From a person standpoint, I have a friend who faced the evil of a professed follower of Satan, and he lost his life. The author made this story so very real, and there is nonstop action from the beginning to end. All the while evil is trying to stop Trevor from upsetting their evil plans, and you will find yourself holding your breath as the events happen continuously as Evil tries to prevail.
I recommend this read that really deals with spiritual warfare, and once you start you won’t be able to leave this read.

I received this book through the Tyndale Blogger Program, and was not required to give a positive review.