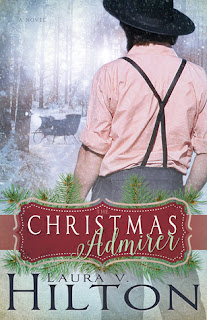 Benaiah Troyer has loved Susanna King for as long as he can remember, but when his parents died in an accident a year ago, he broke up with her—for her own good. After all, he was now the sole caregiver for his three younger sisters. What woman would want to put up with that? Still, against his better judgment, he can’t help leaving her a gift now and then, anonymously addressing her name in big block print, just to catch a smile. Roses one month, maple syrup candy another; and maybe this time, something special for Christmas. //

Susanna has never gotten over losing Benaiah, but now the clock is ticking. Her father is selling his glass-blowing business, remarrying in January, and moving to Iowa with his bossy wife-to-be. Angry and frustrated, Susanna realizes she’s left with three options: one, go with Daed to his new home with a new mom; two, stay in Jamesport, Missouri, as an old maid; or, three, the best yet, flush out her mysterious secret admirer. But how could she be with anyone else when her heart is still with Benaiah? 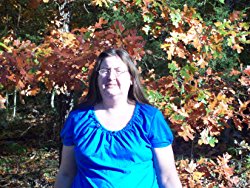 Award winning author, Laura Hilton, her husband, Steve, and their five children make their home in Arkansas. She is a pastor’s wife, a stay-at-home mom and home-schools. Laura is also a breast cancer survivor.

Her publishing credits include three books in the Amish of Seymour series from Whitaker House: Patchwork Dreams, A Harvest of Hearts (winner of the 2012 Clash of the Titles Award in two categories), and Promised to Another. The Amish of Webster County series, Healing Love (finalist for the 2013 Christian Retail Awards). Surrendered Love and Awakened Love followed by her first Christmas novel, A White Christmas in Webster County, as well as the Amish of Jamesport series, The Snow Globe, The Postcard, and The Birdhouse. Other credits include Swept Away from Abingdon Press’ Quilts of Love series. Laura is contracted for another three book Amish series set in the Jamesport area, with the first book, The Amish Firefighter, planned for April 2016.

She has self-published a Christmas novella, Christmas Mittens.

Laura is a member of American Christian Fiction Writers and a professional book reviewer and blogs for Putting on the New and Seriously Write.

When we first meet Susanna the author has us guessing who could be her secret admirer, yes she is a young Amish woman, and someone is sneaking into her home and leaving really sweet personal gifts.
Life continues for this Amish family and we see Susanna’s father moving on, now my impression of the new wife to be, is not good, but hopefully Susanna won’t have to deal with her for very long? If only her secret admirer would reveal himself, and they could forge a life together.
What a ride to happiness you are about to take as you turn the pages of this sweet read, yes once you start you won’t be able to stop. We all make decisions, and some of them hurt others, and that is what happened here when Benaiah looses his parents, and in turn rejects his own happiness for the love of his grandparents and siblings.
One of the best Christmas stories I have read, so much love and compassion, with a touch of “Cinderella” wove in. A read to treasure and have linger with you.
I received this book through the Author, and was not required to give you a positive review.