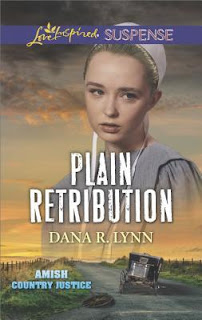 Ten years ago while on rumspringa, Rebecca Miller and her friends were kidnapped and held captive…and now, living in the English world, she's nearly abducted again. One by one her friends who once helped send their abductor to jail are targeted, and she is next…unless police officer Miles Olsen can stop a killer. Deaf since birth, the only person on the force that Rebecca can communicate with is Miles, and he needs this case to redeem himself of past mistakes. When the relentless killer tracks them deep into the heart of Amish country, protecting Rebecca must be Miles's sole focus. Because a mistake this time will cost something worth more to him than his job—the woman he's falling for. 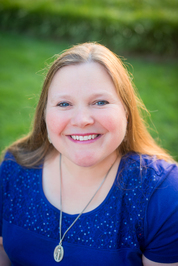 Dana R. Lynn grew up in a suburb of Chicago, Illinois. She was blessed to belong to a large, boisterous and loving family. Even as a child, she was in love with the written word. Trips to the local bookstore and library were frequent and long, and she never left empty handed.
As an adult, she fell in love with Deaf culture and became first a teacher, and later an educational interpreter for the Deaf and hard of hearing.  She might have stayed in Illinois, but God stepped in.
She met her husband at a friend’s wedding in Pennsylvania. And knew. Returning home, she informed her parents that she had met the man she would marry. And she did. Now she makes her home in Pennsylvania with her husband, her children, and enough animals for a small petting zoo.
But what about her writing? God’s timing is perfect. In February, 2014, she decided to enter Love Inspired Suspense’s new pitch contest, The Search for a Killer Voice.  Using her Grandmother’s maiden name, she created LaMar Pond, a fictional town set in rural northwestern Pennsylvania. And in July, she received the call that changed her life when her editor bought her book. It was a dream come true. That book, Presumed Guilty, debuted April, 2015.  It was well received. Leslie L. McKee from RT Bookreviews Magazine gave it 4 stars, saying it was “…an exciting debut from a promising storyteller.”  The second story set in LaMar Pond, Interrupted Lullaby, was released in February, 2016.  And in April, it was number six on Publisher’s Weekly bestseller list for religious fiction. Dana is currently working on her next project… the next three LaMar Pond books.
In addition to her Love Inspired Suspense books, Dana has a short novella, An Inconvenient Courtship, through  Astraea Press, now Clean Reads. It debuted in October, 2014, and made its way to number one in the category of new Christian historical romances. Her second novella, The Colonel’s Timely Bride, was released in November, 2015.
It has been an exciting beginning to her writing journey. She is excited to see what God has in store next.

Plain Retribution will have your riveted and page turning as fast as you can, with non-stop action, this book will have you ducking as shots seem to come out of no where.
Rebecca was a young Amish girl when she was kidnapped and tortured along with some other girls, while one died the man was brought to justice and as far as she knew he was in jail.
All of a sudden she is being attacked, but why, had the evil one escaped from jail? Why are things happening all over again? Will Rebecca ever be safe, and what of the others? Can Detective Miles help her, even with their growing affection, will one or both of them end up dead.
This book has a bit of everything, our Rebecca being deaf, and Miles having grown up with deaf relatives really has her life on the line, but why?
If you enjoy a fast pace, non-stop action book, this one is for you, you will never see coming what is about to happen!
I received this book through Net Galley and Love Inspired Suspense, and was not required to give a positive review.