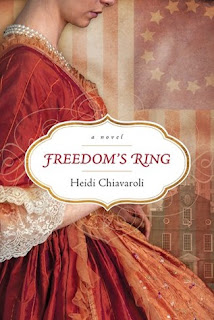 Boston, 2015
Two years after nearly losing her life in the Boston Marathon bombing, Annie David is still far from “Boston strong.” Instead she remains isolated and defeated―plagued by guilt over her niece, crippled in the blast, and by an antique ring alongside a hazy hero’s face. But when she learns the identity of her rescuer, will he be the hero she’s imagined? And can the long-past history of the woman behind the ring set her free from the guilt and fears of the present?

Boston, 1770
As a woman alone in a rebellious town, Liberty Caldwell finds herself in a dangerous predicament. When a British lieutenant, Alexander Smythe, comes to her rescue and offers her employment, Liberty accepts. As months go by, Alexander not only begins to share his love of poetry with her, but protects Liberty from the advances of a lecherous captain living in the officers’ house where she works.

Mounting tensions explode in the Boston Massacre, and Liberty’s world is shattered as her brother, with whom she has just reunited, is killed in the fray. Desperate and alone, she returns home, only to be assaulted by the captain. Afraid and furious toward redcoats, Liberty leaves the officers’ home, taking with her a ring that belonged to Alexander.

Two women, separated by centuries, must learn to face their fears. And when they feel they must be strong, they learn that sometimes true strength is found in surrender. 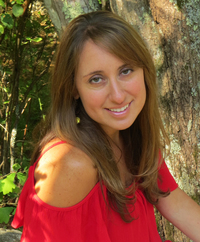 Heidi Chiavaroli is a writer, runner, and grace-clinger who could spend hours exploring Boston's Freedom Trail. She writes Women's Fiction and won the 2014 ACFW Genesis contest in the historical category. She makes her home in Massachusetts with her husband, two sons, and Howie, her standard poodle. Visit her online at heidichiavaroli.com.

Freedom’s Ring became a quick page-turner for me, and I hated when I had to put it down. The book is full of historical facts, and we put faces to many of those involved, yes fictional, but based on so much fact.
Current day is a woman Annie David that was injured in the Boston Marathon bombing, she has recovered, but her fears remain strong, and then the rescuer comes back in her life.
The 1770’s story connects around in the form of an antique ring, and the amazing Patriots, so much courage and heartache. Liberty becomes a survivor and as such she becomes the connection to the present in the form of Bradford Kilroy, our rescuer.
We spend a lot of time in research, and it is a lot like putting together a puzzle, you can’t stop until finished, but are you ever really finished? This book is going to make you think about your own roots, and maybe the hints give here by the author will allow you to do your own research.
I loved how this book turned circle from one hard time to another and back, and putting faces to those who forged ahead in spite of adversity.
I received this book through Edelweiss and the Publisher Tyndale, and was not required to give a positive review.