From This Moment by Elizabeth Camden 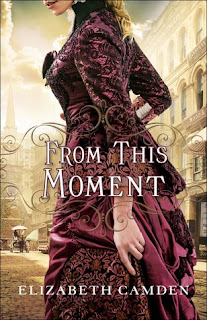 Romulus White has tried for years to hire illustrator Stella West for his renowned scientific magazine. She is the missing piece he needs to propel his magazine to the forefront of the industry.
But Stella abruptly quit the art world and moved to Boston with a single purpose: to solve the mysterious death of her beloved sister. Romulus, a man with connections to high society and every important power circle in the city, could be her most valuable ally.
Sparks fly the instant Stella and Romulus join forces, and Romulus soon realizes the strong-willed and charismatic Stella could disrupt his hard-won independence. Can they continue to help each other when their efforts draw the wrong kind of attention from the powers-that-be and put all they've worked for at risk? 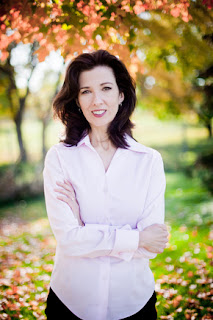 Elizabeth Camden is the author of eight historical novels and has been honored with a RITA Award, Christy Award, and Daphne du Maurier Award. With a master's in history and a master's in library science, she is a research librarian by day and scribbles away on her next novel by night. She lives with her husband in Florida.
Learn more at www.elizabethcamden.com.

I found myself unable to put this one down, just one more chapter and I’ll turn off the lights, and then one more.
Living in England and living a dream life Stella West is called home to Boston for the unthinkable, her sister has died. Now Stella does not believer her sister Gwendolyn drowned, she knows she was a strong swimmer, and her sister had been corresponding with her about helping A G to bring down the corruption rampant in the City.
Romulus White runs a successful scientific magazine and for years has been trying to coach Stella Westergarrd, a brilliant illustrator, to come and work for him. When he finds out she is in town, he pursues her and ends up becoming involved in the evil that is being perpetrated in Boston.
I didn’t see who or whom the perpetrators were, and was really surprised how the story unfolded, and who will survive the evil that abounds here, and in the form of greed and murder.
There are historical elements here with the building of the subway under the streets of Boston, and I learned something that I had never heard before. This is one really great read, and one you won’t want to put down.