Fourteen miles east of Peachtree, Alabama, a secret is hidden. That secret's name is Annabel Lee Truckson, and even she doesn't know why her mysterious uncle has stowed her deep underground in a military-style bunker. He's left her with a few German words, a barely-controlled guard dog, and a single command: "Don't open that door for anybody, you got it? Not even me."

Above ground, a former Army sniper called The Mute and an enigmatic "Dr. Smith" know about the girl. As the race begins to find her, the tension builds. Who wants to set her free? Why does the other want to keep her captive forever? Who will reach her first?

Private investigators Trudi Coffey and Samuel Hill need to piece together the clues and stay alive long enough to retrieve the girl--before it's too late. 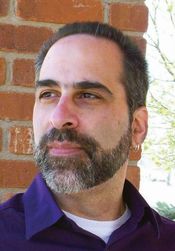 Mike Nappa is an entertainment journalist, as well as a bestselling and award-winning author with more than one million books sold worldwide.
When he was a kid, the stories of Edgar Allan Poe scared him silly. Today he owns everything Poe ever wrote.
A former fiction acquisitions editor, Mike earned his MA in English literature and now writes full time.

Annabel Lee is a superbly written novel that as you read this page-turner you are picturing a movie. The word pictures are amazing and I could read the action like I was watching it. Excellent, and exciting and yet scary all at the same time, this heart-pounding book should be made into a movie.
It is fiction and yet I found myself believing that this could all be true, even the part with the eleven year old hidden in the bunker. Little smarty that she is, not all youngsters could have survived as she did, especially with a dog that only understood German, and she believed ate fingers.
When you find out what this whole horrible mission is about you will cringe, this goes back centuries, and they will stop at nothing.
The detective in this story Trudi Coffey, she has quite the equipped office, is a divorcee whom calls her ex-husband “The Pig”, although he does come to her aid several times, and does profess to still love her. They are thrown together in this big adventure, forgot to tell you that he is CIA.
You will be quickly absorbed into this book once you turn the cover, and I am excited to see that there is another book in this series coming out this fall.
I received this book through Revell Reads, and was not required to give a positive review.