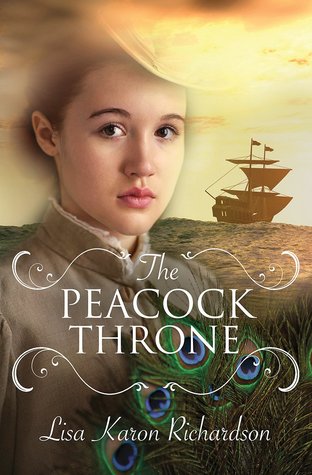 When Miss Lydia Garrett's guardian is murdered, and the authorities refuse to investigate the odd circumstances, she vows to catch the culprit. The same night the Earl of Danbury is murdered in his bed. Against all odds it appears that the murders are related - and Anthony Douglas, the new Lord Danbury, is bent on revenge. The clues point to the former Earl's first naval command. In 1758 the Earl spirited away and hid the magnificent Peacock Throne at the behest of the Indian royal family. To draw out the murderer, Anthony and Lydia agree that they must locate the throne. However, they are not the only ones interested in the Peacock Throne. Marcus Wiltshire, agent of His Majesty's intelligence services, has received hints that Bonaparte intends to return the throne to India and leverage its mystical significance to foment rebellion and cut England off from her most important trading partner. When the amateur sleuths join forces with the professional agent, the quest for the throne leads them around the globe on an adventure steeped in danger, treachery, and romance.
Amazon
About The Author 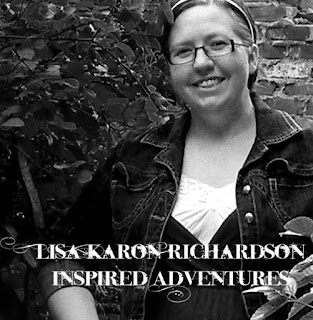 Influenced by books like The Secret Garden and The Little Princess, Lisa Karon Richardson’s early stories were heavy on boarding schools and creepy houses. Now, even though she’s (mostly) grown-up she still loves a healthy dash of adventure in any story she creates, even her real-life story. She’s been a missionary to the Seychelles and Gabon and now that she and her husband are back in America, they are tackling a new adventure, starting a daughter-work church in a new city while raising a family. She has published several novels and novellas. The most recent, Curtain Call, which was co-authored with Jennifer AlLee, released in March, 2014.
My Review

Murders that happened on different sides of London end up connecting two people whom are unknown to one another at the time, end up forming a team to find the murderer.
This is how Lydia Garrett and The Earl of Danbury end up meeting; the third to join the team is Marcus Harting, an agent of His Majesty’s intelligence services. Marcus does not trust Anthony, The Earl of Danbury, and enlists Lydia to bring him information. Now while I didn’t like that he was making her spy on someone whom was kind to her, I did love how he treated her. I could just imagine the gown that he had made for her, for the party that they went to in India.
Yes we do a bit of traveling in this book, and there are more murders, and we find ourselves on a ship under cannon fire. Now this story takes place in the early 1800’s and Napoleon is leading the French, and we meet this head on. We also get a glimpse of a throne of incredible worth and beauty, and it is described so wonderfully, you feel like you can tough it.
There is so much action in this book, and Ms. Lydia is one awesome young woman, never a dull moment in this ladies life, whether she is climbing through windows, or cutting the lines of grappling hooks, or writing notes with clues hidden in them.
Don’t miss this intriguing read; you won’t want to put it down.
I received this book through Kregel Publishing Book Bloggers, and was not required to give a positive review.