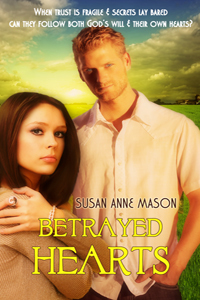 Lily Draper comes to Rainbow Falls in search of her biological sister, the only blood relative she has left. Emotionally scarred by her preacher father, Lily avoids religion at all cost. Her new landlord, an aspiring minister, soon has her questioning her views. Can she learn to trust Nick's heart or will her sordid past destroy their love? Nick Logan hopes to take over for the retiring minister who has groomed Nick for the job. But Reverend Ted seems to feel the position requires Nick to marry an upstanding woman, namely Ted's niece. When Nick finds himself falling in love with Lily Draper, the woman least likely to become a minister's wife, his problems escalate. And when Reverend Ted gives him an ultimatum, Nick faces an impossible choice. Can he accept God's will and still find a place for Lily in his life? 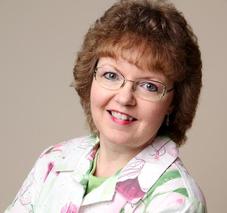 Susan Anne Mason lives in a suburb near Toronto, Ontario, Canada, where she works part-time as a church secretary. She is a wife and the mother of two amazing kids, and is a member of American Christian Fiction Writers (ACFW) and Romance Writers of America (RWA). In addition to writing, she likes to scrapbook and to research her family history on-line.

Betrayed Hearts is the third book in the Rainbow Falls series, and to be honest I have not read the first two, but if they are anything like this book, they will be on my list. I also see that this is by one of my new favorite authors, just having finished her new book.
I was captured by this story from the first page on; I can’t imagine what this poor girl, Lily Draper, has been through. What she finds in that moneybox changes her life forever, flashbacks begin to happen, and she remembers the horror of that night, and what life used to be like.
This is where she heads to Rainbow Falls and in search of an unknown sister, and meets Nick Logan. He is everything she wants, and yet all that she dreads, he is a man of God, and she is running from God.
You are going to love this town and the rich characters who live here, and how they seem to take Lily to their hearts, well all but Sarah Jane, I felt myself wanting to live here too. You won’t want to miss this one; it is a quick and compelling read.
I received this book through Pelican Book Group, and was not required to give a positive review.
at January 15, 2016