I Hope You Dance by Beth Moran 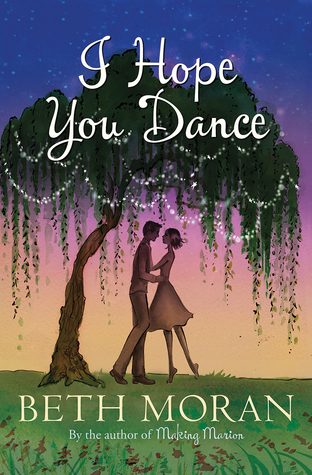 Ruth Henderson has moved back in with her parents--something she swore she would never do, especially not at the age of thirty-three. But in the face of the mountain of debt left by her late partner, and the fact that her teenage daughter, Maggie, is expressing her grief through acts of delinquency, there was really only one option.

Returning to a house Ruth swore never to set foot in again is bad enough. Add to this an estranged father, whirlwind mother, and David--the boy next door who broke her heart--and it is little wonder Ruth can barely make it out of bed.

But then, reunited with her old friend Lois, Ruth is persuaded to go along to a monthly girls' night. Here she meets a bunch of incredible women and for the first time since leaving home at eighteen, Ruth begins to make some genuine friends.

She also has her first ever date--with the charming Dr. Carl Barker. However, after a disastrous dinner, and an upset Maggie still struggling with her father's death, Ruth promises her daughter she won't go out with any other men. A promise she quickly regrets when David, the boy next door, asks her to dance. 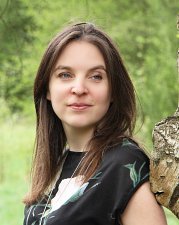 Beth Moran has a background as a research scientist and adult educator. She now concentrates on church work and is part of the national leadership team of the UK women's network Free Range Chicks. She is married with three children and lives in Nottingham, England.

We open this book with Ruth Henderson returning back home, hat in hand, with her daughter Maggie, her fourteen year old. She is basically out in the street and not very many options but to swallow her pride and return back to her parents.
This story has so many examples of how we tend to judge people especially in our youth, and meeting again as an adult they are entirely different. A lot of surprises abound in returning to her roots for Ruth, some chuckles and some heart breaking news that you didn’t know at the time.
Come and enjoy Ruth wallowing in her pain, yes enjoy as her parents have her laying in bed or in her jamies all day long, and as she goes about getting a job or jobs to help get herself out of debt. I also enjoyed the spunk her daughter Maggie showed, and how some elderly woman put them both in their place.
There is also some violence in this story in the form of a person you would never expect, especially when we first meet. This person becomes a stalker, and makes some very scary moves and actions.
Through out it all you hope for relationships to hold steady and find love in them. You will also cheer on the sweet neighbor, and Ruth’s first love, David.
I received this book through the Publisher Lion, and was not required to give a positive review.