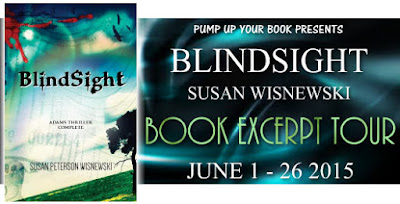 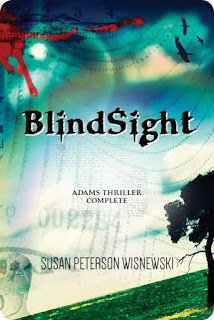 Life is already bad enough after Tisha Adams loses both her job and her beautiful Manhattan apartment. Living in a musty garage apartment and working for her uncle in Queens, her life is upended when she witnesses a murder on her train commute.

When the body disappears, she teams up with Detective Murphy, a man with mysterious abilities. But Tisha is keeping a secret of her own, a skill she’s always hated and feared. The dead speak to her. And if she touches a person, their past, present and future are revealed to her.

But as the body count rises, and those closest to Tisha are drawn into the nightmare, Tisha’s only choice is to reach out to her estranged grandmother to learn more about her intuitive talents. In a race against the clock to rescue those in danger and solve the murders, she’ll need all her abilities. Even the gift she’s been afraid to use. The dead will speak, but only if she’s willing to listen. 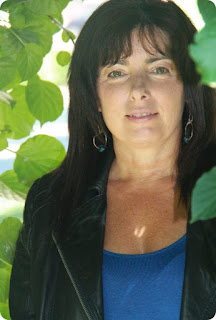 Susan Peterson Wisnewski is an indie author from the northeast. She writes thrillers and paranormal with a sprinkling of chick lit and horror.

From a cruncher of numbers to a stringer of words, she decided it was time to follow her dreams and put down on paper all of those stories that floated around in her head. Raised in New York City and Long Island, she is a consummate shopaholic having been given the gift of style from her mother and grandmother. When not writing, she can be found shopping, visiting museums, gardening, or being walked by her oversized puppy.

Her books are a genre mix all neatly packaged together. Surprise and twists keep her readers guessing and she has been accused of writing books that can’t be put down. Pushing characters to challenges themselves is her trademark as is a creating strong female characters – no damsels in distress here. Her inspiration comes from seeing a situation and then enhancing it to create an unusual story line. And yes, she does see ghosts, or spirits as they prefer to be called and has had her run ins with a fairy or two.
If you have a book club and live on Long Island or in the Southern Vermont area, she’d be happy to come for a visit.

Her latest book is the thriller/paranormal/suspense, BlindSight.

I had never felt so alone. It was one thing to be living by myself, but here I was lying in bed afraid to get up, afraid the darkness wasn’t just a power outage with a new moon hampering any possible ray of light.
The realization hit me hard. I was evil.
The gift, as my absent mother called it, had come to take me and would lead me into the hell fire world that she had chosen over me. I couldn’t let it take me. The darkness had to end. I needed to find the light.
I heard the creaking sound of someone or something climbing the steps to my apartment. A flash of light beamed through the curtain covering the window on the door. I let out a shriek. I pulled my flowered duvet cover closer to my body with the hope it could protect me, afraid to move. A patter against the door erased the silence and a voice called, “Honey are you okay? I thought I heard a scream.”