Hearts Made Whole (Beacons of Hope #2) by Jody Hedlund 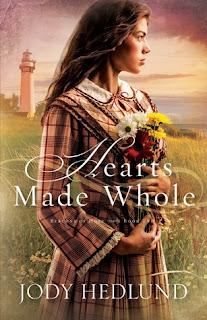 After her father’s death, Caroline Taylor has grown confident running the Windmill Point Lighthouse. But in 1865 Michigan, women aren’t supposed to have such roles, so it’s only a matter of time before the lighthouse inspector appoints a new keeper–even though Caroline has nowhere else to go and no other job available to her.

Ryan Chambers is a Civil War veteran still haunted by the horrors of battle. He’s been given the post as lighthouse keeper, and the isolation where he can drown in drink and hide from his past is appealing. He’s not expecting the current keeper to be a feisty and beautiful woman who’s none-too-pleased to be giving up her position. They both quickly realize he’s in no shape to run the lighthouse, but Ryan’s unwilling to let anyone close, ravaged by memories and guilt. Caroline’s drawn to this wounded soul, but with both of them relying on that single position, can they look past their loss to a future filled with hope…and possibly love? 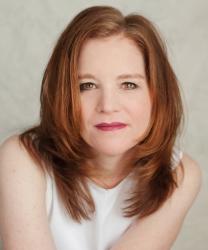 Jody Hedlund is the bestselling author of nine novels, including "Captured By Love," "Rebellious Heart," and "A Noble Groom," winner of the 2014 Carol Award and INSPYs Award. She received a bachelor’s from Taylor University and a master’s from University of Wisconsin, both in social work. Currently she makes her home in Midland, Michigan, with her husband and five busy children. Find out more about Jody at http://jodyhedlund.com/. FacebookTwitterPinterestInstagram


Celebrate the release of Hearts Made Whole by entering to win an Afternoon at the Beach prize pack and RSVPing to Jody’s June 23rd author chat party!

Enter today by clicking the icon below. But hurry, the giveaway ends on June 23rd.Winner will be announced June 23rd at Jody’s Facebook party. RSVP here!

A glimpse into our world just after the end of the Civil War, and how evil can be personified and how it was done was surprising.

Carolyn Taylor’s lot in life has been a tough one, she has lost her mother, and as the book opens she looses her father. Now she is the support for her family, including a very ill younger sister.

We next meet Ryan Taylor, a man fighting his own demons, today know as PTSD, and a sever injury. When he arrives on the scene he is about to disrupt her life like nothing else.

The book is very informational, we lean quite a lot about what when into keeping the Lighthouse lite back in the 1800’s.  Not an easy task, it took a lot of stamina, one that most believed a woman could not handle.

This is one action packed book from the first to the last page, you never know what is going to happen, and that is a good thing. I for one never saw or even guessed what was about to take place.

Loved the faith these people showed, and how they love God, sure helped in hopeless times. I really enjoyed this book!

I received this book through Litfuse Virtual Book Tours and was not required to give a positive review.