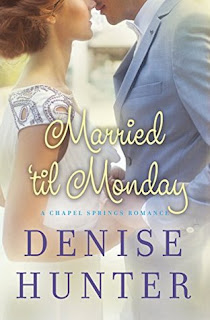 With a big anniversary party in the works for her parents, Ryan will pretend to be Abby's husband for just one last weekend.
Ryan McKinley has tried to move on from his ex-wife, Abby. He’s sulked, he’s gotten angry, and ultimately he bought her dream house. Big mistake. Living alone in the massive 2-story has only made him miss her more. When her parents call him out of the blue about their anniversary party in Summer Harbor, Maine, Ryan believes God has dropped a golden opportunity straight in his lap.
Abby McKinley never exactly told her parents about the divorce. A strained relationship with her dad has culminated in a distant relationship with her parents, but she’s finally succumbed to her mom’s pressure to make the drive for their 35th-anniversary party.
Then Ryan shows up on her doorstep, looking as devastatingly handsome as ever. When he insists he’s going to Seabrook, with or without her, Abby knows she can’t say no. Her parents still think they’re married and now Ryan knows it too. Besides, he only wants to check in with his best friend from college—her cousin Beau, who just lost his dad. It’s just a one-week road-trip with the man who broke her heart. What could possibly go wrong? 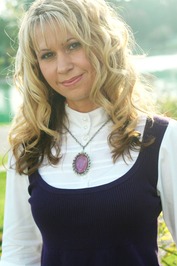 Denise Hunter lives in Indiana with her husband Kevin and their three sons. In 1996, Denise began her first book, a Christian romance novel, writing while her children napped. Two years later it was published, and she's been writing ever since. Her books often contain a strong romantic element, and her husband Kevin says he provides all her romantic material, but Denise insists a good imagination helps too!

“Oh, what a tangled web we weave when first we practice to deceive”, and oh how this applies, and yet did it? Abby McKinley has never told her parents of her divorce, and they still think she is married to Ryan.
When Abby’s parents invite Ryan to their anniversary, without Abby’s knowledge, they end up both going to the party. Ryan hitches a ride with Abby, just to make it look good. Yeah, right!
They pretend to be married, and Abby puts her ring back on, and what a show they put on. Now we go really deep into why they are no longer together, and some sad and terrible revelations come out. Abuse, verbal, physical, can’t even imagine.
Will these two be able to heal, will they finally be able to put their broken lives back together, or will they finally accept that they are not to be?
This is a sweet broken love story, and kept me turning the pages, and hoping for the best. I was wondering how people could treat someone they are supposed to love as horribly as they did.
An enjoyable read that might open your eyes.

I received this book through Net Galley and the Publisher Thomas Nelson, and was not required to give a positive review.
at June 09, 2015