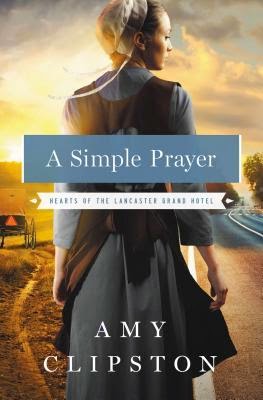 Life has taken much from Linda Zook. Now she dares to hope for a chance at love and a new beginning.

Linda Zook, 32, works part-time at the Lancaster Grand Hotel. As the sole survivor of a buggy accident that left her orphaned at age four, she was raised by her unwilling Uncle Reuben. Linda longs to be worthy of someone, but the life-long effects of her injuries and her upbringing under the care of her embittered uncle have destroyed her self-worth.

Aaron Ebersol, 32, left the Amish community 17 years ago when he could no longer bear the restrictions or the constant tension with his father. He d written too many unanswered letters to his mother and found himself incapable of putting down any roots in his new home in Missouri. Success in work could not replace the family that denied Aaron, even after all of these years.

Aaron hastily returns to the Amish community of Paradise, PA, after receiving word of his mother s stroke. Hesitant to get too close to the family he was once a part of, he decides to stay at the Heart of Paradise Bed & Breakfast. He soon encounters Linda, working there part-time, and they begin to develop a friendship.

Aaron s return allows him to reconnect with his family as he jumps into home improvement projects, hoping to make his parents house more accessible to his handicapped mother. But before long, he is enraged to learn that his brother, Solomon, had hidden all of Aaron s letters to their mother.

Linda and Aaron must each learn to forgive the family members who have deceived and forsaken them. And Aaron must also show Linda that she is worthy of his love." 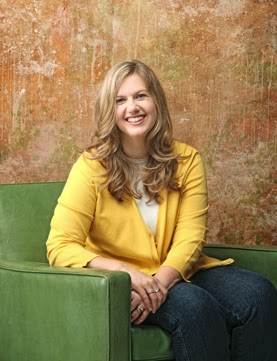 A native of New Jersey, I’ve been writing for as long as I can remember. I often joke that my fiction writing “career” began in elementary school as I wrote and shared silly stories with a close friend. However throughout school, I only considered writing a hobby, and I never dreamt of being an author.
In 1991, I graduated from high school, and my parents and I moved to Virginia Beach, Virginia. My father retired, and my mother went to work full-time. I attended Virginia Wesleyan College in Norfolk, and I graduated with a degree in communications. I met my husband, Joe, during my senior year in college, a few days after my father had a massive stroke. Joe and I clicked instantly, and after a couple of months we started dating. We married four years later.
After graduating from VWC, I took a summer job with the U.S. Army Corps of Engineers, Norfolk District, which turned into an eleven-year career. I worked in the Public Affairs Office for four years and then moved into Planning as a writer/editor.
During that time, I continued writing for fun. It was something I did to escape stress and unwind. I didn’t share the stories with anyone except for a couple of close friends. In fact, I was even afraid to admit to my husband that I wrote.

Resentment, no forgiveness, and yet Amish, and not living your religion, this is how Samuel Ebersol has been living his life. He probably isn’t alone, but we meet him head on in this story, and how he has sabotaged his only brother.
Being head strong, and living a wild life as a teenage Amish boy, Aaron felt he had finally broken the camels back when he burned down the bishop’s barn. He was only fifteen when he left all that he knew, his faith, family and community.
Linda Zook, was orphaned young, when she is taken to live with her Aunt and Uncle, injured and lonely. She is now grown and taking care of her widowed Uncle, who has not been kind to her, and verbally abused her during her life.
What will this two hurt souls have in common when Aaron is called home because he mother has had a stroke. Fate has put these two hurting people together, will they both come tumbling down or will they heal off each other?
I enjoyed this story, and being caught up with the lives of characters in past books was wonderful. We put endings to so many stories here, and I really didn’t want to leave.
This story has a big theme of forgiveness, both to others and to oneself, and all within living ones faith. It took a long time, but God has worked in these peoples lives, and we hope for the best for all.