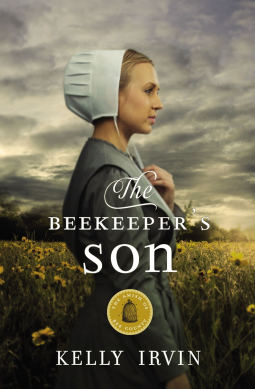 When Deborah Lantz arrives in Bee County, Texas, she expects to find a great oasis of citrus groves and olive trees. Instead, she finds a tiny Amish district struggling to make ends meet on a barren, drought-stricken land.Deborah longs to go home to the lush, green countryside of Tennessee, but she wants her mother, a widow with six children, to be happy again. Even if that means accepting Stephen as her future stepfather. She can’t believe God created such an ugly place filled with strange animals, twisted, stunted trees, and not a drop of rain for months.Then she meets the beekeeper’s son. Phineas King’s face is disfigured by scars from an accident that killed his mother and destroyed his trust in God. Through their encounters both begin to realize the beauty in all of God’s creation. Deborah walks through the strange land of figs, Mexican squash, and wild cucumbers to see Phineas, who finds solace in his work keeping the bee hives and harvesting honey for his father. Both are rarely alone, but always lonely. Deborah begins to see Bee County through Phineas’s eyes and Phineas learns to see himself through hers. 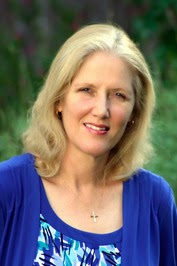 Kelly Irvin's latest book in the New Hope Amish series, A Plain Love Song, releases in July 2014. She is the author of the Bliss Creek Amish series and the New Amish Amish series. The first series includes To Love and To Cherish, A Heart Made New, and Love’s Journey Home, published by Harvest House. Love Still Stands, the first book in her spin-off series New Hope Amish, released in September 2013, followed by Love Redeemed in March 2014.

Kelly is now working on a three-book series for Zondervan set in Bee County, Texas. The first book in The Amish of Bee County series, The Beekeeper's Son, is set to release in January 2015.

Kelly has also penned two romantic suspense novels, A Deadly Wilderness and No Child of Mine, published by Five Star Gale in 2010 and 2011.

She has worked in public relations for the San Antonio Parks and Recreation Department for 19 years.Kelly has been married to photographer Tim Irvin for twenty-six years, and they have two young adult children. They recently became grandparents for the first time. In her spare time, she likes to write short stories, read books by her favorite authors, and play with her new granddaughter.

How hard it must have been for Hannah, a young woman getting ready to court and eventually have her own home and family, to move hundreds of miles away. Her Dad has passed and her Mom has decided to move to Texas, and possibly rekindle a relationship with a former beau.
Bee County, Texas must have been one rude awakening when the Lantz family arrived. They had left lush Tennessee and now are in a rather barren land, in the midst of a drought. God does have plans for this family, and although you might see it sooner than the character does, it is really sweet how things are placed in their paths.
There are a lot of surprises, and actually some good information about the keeping of bees and honey production. Sometimes we test our own will against, what is really planned and where we need to be. Opportunities are presented to these strong women, and they can leave and go to other, or to what we perceived to be more hospitable climates.
We are presented with a young man who has overcome some of his disabilities at being disfigured, but he hasn’t been able to remove himself and enter the world without being self-conscious. Phineas, love the biblical names, is seeking what all Amish men want a frau and family, but he will have to put himself out where the world can see his scars.
This is a quick and heart warming read, and I hated for it to end.

I received this book through Net Galley and the Publisher Zondervan and was not required to give a positive review.